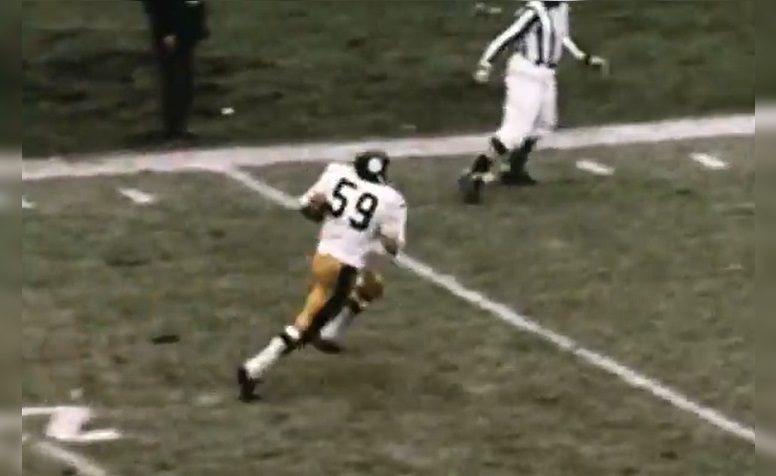 I’m attempting to revive a short series of posts prior to the regular season getting underway in which I take a look back at a few Pittsburgh Steelers players who were the last ones to wear certain uniform numbers before another player wore it and made it famous.

I’m returning to this series on this Sunday with a look back at the last Steelers player who wore No. 59 before Hall of Fame linebacker Jack Ham wore it and made it famous.

In March of 1967, the Steelers drafted linebacker Ray May out of USC in the fourth-round and with the 89th overall selection. He reportedly exited college measuring in at 6’1″, 230-pounds and the talk after his selection was that he might be an instant starter for the Steelers. May, however, wound up starting just one game during his 1967 rookie season.

The 1968 season was a much different one for May as he wound up starting 12 games that season beginning in Week 1 due to starting middle linebacker Bill Saul being out injured. May wound up registering 3 interceptions during that 1968 season, which tied him for the team lead in that statistical category with three other defensive players. Two of those three interceptions came against the Cleveland Browns in the team’s Week 10 game and one of them May returned for a touchdown. You can see that pick-6 in the video below.

In 1969, May started another 14 games for the Steelers and recorded another two interceptions. In late May of 1970, however, the Steelers traded May and a twelfth-round selection in the 1971 NFL Draft to the Baltimore Colts in exchange for running back Preston Pearson and safety Ocie Austin. At the time, that trade by head coach Chuck Noll reportedly shocked quite a few people.

“May is a fine football player, but you have to give up quality to get quality,” Noll reportedly said after making the trade, according to Pat Livingston of The Pittsburgh Press. “I feel we need help at the running back and defensive back positions, and Pearson and Austin are potential starters for us.”

That trade ultimately worked out well for May as the Colts went on to win the Super Bowl that 1970 season. May started four games for the Colts that season and lead the team in tackles in Super Bowl V. May played two more full seasons with the Colts and was even named The Byron “Whizzer” White NFL Man of the Year for the 1971 season.

May was traded to the Denver Broncos early in the 1973 season and went on to start 30 games for them through the 1975 season. The Broncos released May in July of 1976 and he ended his NFL career having played in 118 total regular season games of which he started 89 of them. He registered 13 regular season interceptions during his career as well with five of them coming as a member of the Steelers.