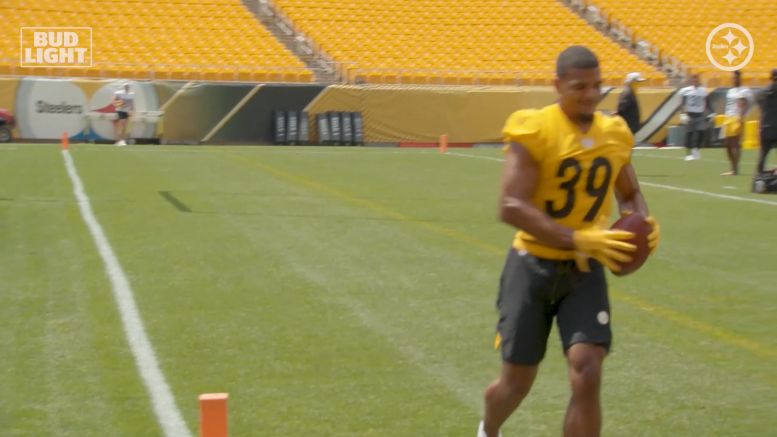 Any great player is surely wise enough to study the great players who came before him. And any young safety coming up now at the start of his NFL journey has come at a fortuitous time, having had the opportunity to grow up during a great era of safety play from the likes of Troy Polamalu, Ed Reed, and Brian Dawkins.

That is exactly where Minkah Fitzpatrick is, and exactly the players that he looks to, in addition to his contemporaries like Earl Thomas and Tyrann Mathieu, when it comes to trying to pick up tips about how to play the position at the highest level.

During a Steelers Nation Unite segment earlier in the week, Fitzpatrick confessed to growing up a Philadelphia fan, so he admitted that he grew up watching and admiring Dawkins. “I love watching Dawkins play football”, he said.

“He was just a ballhawk. He flew around the field all the time”, he added. He also mentioned Reed and Polamalu as the players that he grew up watching. Recently, he told Tyler Dunne of Bleacher Report that when he retires, he wants to be able to be spoken of in the same breath as these three.

At least one of them is already taking notice, as Dunne had the opportunity to speak to Dawkins about Fitzpatrick.

“I always called myself a ‘freelance safety’. I always called myself that”, the Hall of Famer told Bleacher Report. “That’s why I love guys who have that ability to be a chess piece. Checkers, you can only move from one slot to the next. Certain chess pieces can move across the board. You can use them in so many different ways. So when you think about Mink? Chess piece. All day long, he’s a chess piece—if you have a coordinator who understands that”.

While Fitzpatrick has talked about enjoying the game from the traditional free safety position, he knows that his skill set lets him play just about anywhere in the defensive back end, and even up in the box, and he expects the team to move him around more this year. That openness, for Dawkins, is key.

“Some guys are caught up in the caveman and dinosaur days. You’re a strong safety. You’re a free safety. If you do that, you’ll never see the best that that player’s able to do”, he said. “You saw what happened when he got to Pittsburgh”, he added, noting how he defied his coaches in minor ways in Miami when they were trying to pigeonhole him into roles for which he was not best-suited.

This is no feint praise, as Dawkins was a truly great all-around safety in a career spanning 16 years, posting 37 interceptions, 36 forced fumbles, 26 sacks, and over 1100 tackles. Fitzpatrick has the ability to be the sort of chess piece in the mold of Dawkins and Polamalu. He also seems to have the drive to keep himself on that path to greatness, which is exactly where he wants to be.