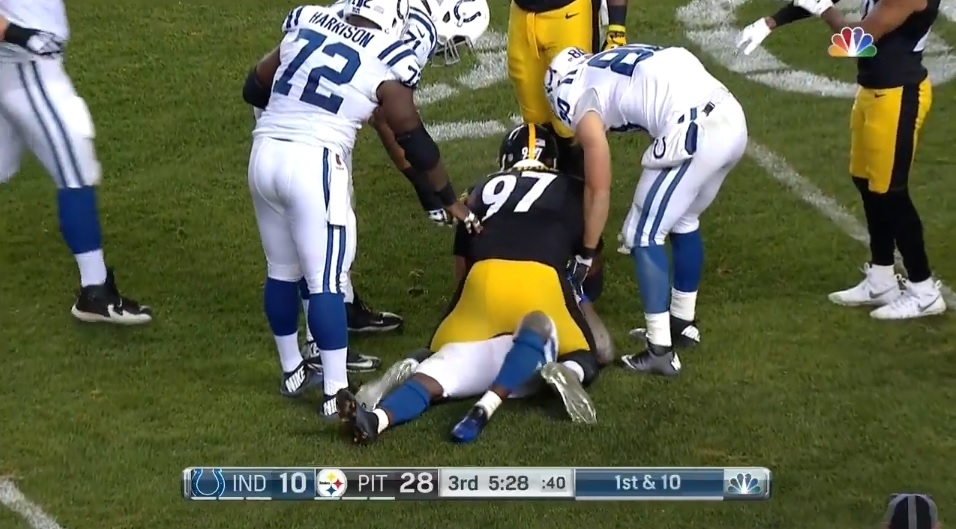 There’s one common thread among all Pittsburgh Steelers’ defensive linemen the past two decades. There’s been new faces, new schemes, new styles, but they all have one thing in common. They run to the ball. They play with awesome effort. That isn’t an accident. It’s taught, passed down, and shown on every single play.

Yesterday, NFL Game Pass released their offseason Film Session with Steelers’ DE Cam Heyward. The conversation between him, Brian Baldinger, and Kurt Warner began around Heyward’s effort and chase to the ball and where that comes from.

Young players watching their elders work and emulating that can be a powerful thing. And Heyward is absolutely right. All those guys chased the football. Even the backups like Travis Kirschke, Chris Hoke, and Nick Eason. The Game Pass interviews show examples of their motor. Here’s one more from Super Bowl XL, Aaron Smith tackling Shaun Alexander after a 21 yard gain.

There’s also his first position coach. John Mitchell, still on the team as an assistant head coach (and if my eyes were correct, working with the d-line at practice yesterday) preached hustle and effort as much as anyone. He taught it, players bought into it, and those principles have been carried from era to era. Heyward said he appreciates the team history, dating back to Mean Joe, and didn’t want to break the standard.

“I think you appreciate that history. And I think you gotta uphold that.”

Since 2013, Heyward ranks 4th among defensive linemen of tackles 10+ yards downfield. He’s recorded 22 of them and has played fewer games than the three names ahead of him: Jerry Hughes, Carlos Dunlap, and Sheldon Richardson.

In the offseason, we made a video that broke down some of Heyward’s best hustle moments. Stuff from early in his career all the way to recent seasons. That mentality has bled over to guys like Stephon Tuitt, Javon Hargrave, and it’s part of what makes Tyson Alualu so effective.