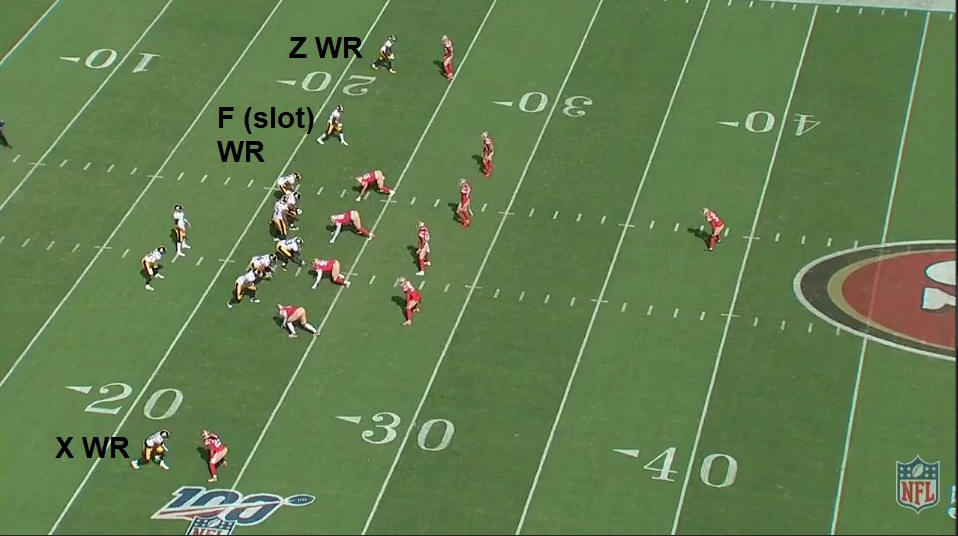 Getting back to some offensive basics today. If you’ve watched a football game, you’ve probably heard the color analyst describe the “WR route tree.” A breakdown of the basic route combinations a receiver can run. So what is the tree and how many routes are there?

Years ago, former NFL safety and current football analyst Matt Bowen put together one of the cleanest and clearest examples of the basic nine routes a receiver may run. Here it is, courtesy of this 2014 Bleacher Report article. 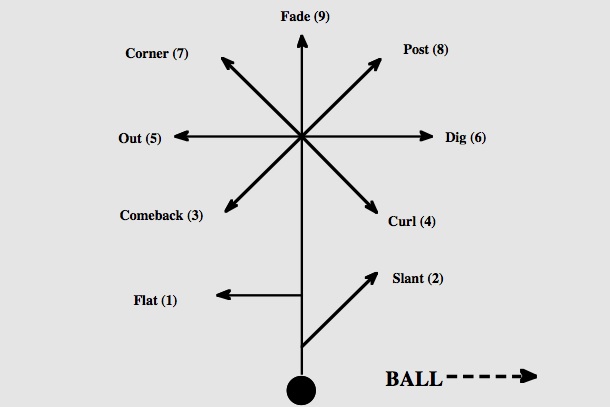 Those are the nine basic concepts: flat, slant, comeback, curl, out, dig, corner, post, and go. You’ll also see a number next to each route, which is often used in playcalls to quickly call out routes for all the receivers. That’s why you hear a go/fly route called a “nine” route or back in the Cowboys’ hayday of the 90s, the Bang 8 (skinny post). That comes from Don Coryell’s numbering system when he was a coach at San Diego State; the school often accepted two-year JUCO transfers so Coryell wanted to devise a quick, easy to learn and remember system.

While we’re here, let’s talk about the three primary positions receivers lineup: the X, the Z, and the F.

Z Receiver – The strongside, outside receiver to the formation. Often responsible for being the vertical threat in the offense, asked to runs posts and go routes. In 11 personnel (three receivers on the field) James Washington is most often the Z receiver.

F Receiver – Which is what they call it in Pittsburgh, at least. Also known as the slot receiver. One who runs the most option/choice routes, needing to quickly read coverages and have great chemistry with his QB to be on the same page. In 11 personnel, JuJu Smith-Schuster is the team’s slot/F receiver.

Here’s an example of all three positions on the field.