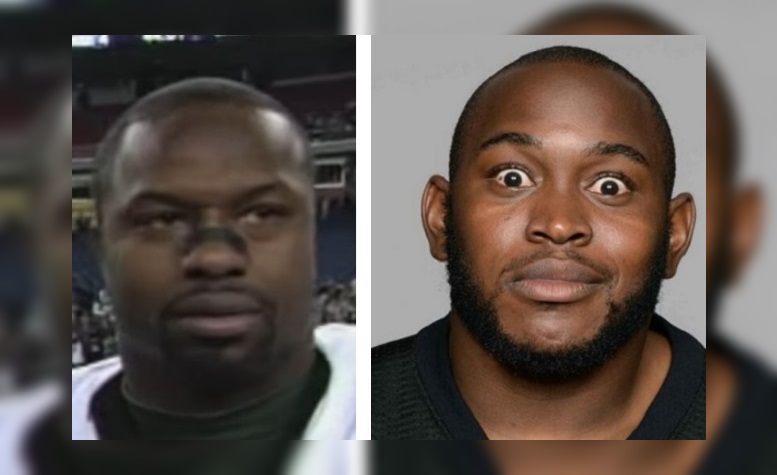 Former NFL linebacker Bart Scott was apparently on ‘The Lefkoe Shoe’ recently, whatever the hell that is, and during his segment he went out of his way to describe why former Pittsburgh Steelers Troy Polamalu shouldn’t be talked about in the same breath as former Baltimore Ravens safety Ed Reed.

“To mention Troy Polamalu in the same breath as Ed Reed? To me, it’s disrespectful.”

Scott made the comments after being asked by Lefkoe: “When you’re around greatness like that, is it hard to hear other people called great?

When pushed for a reason why Scott believes that, the former NFL linebacker who played most of his career with the Ravens as a teammate of Reed’s, planted his flag on the hill of the two players playing totally different positions. Scott pointed to Polamalu being more of zone safety that gamble more because of having help over the top in the form of safety Ryan Clark. As for Reed, Scott pointed to him to be the more superior safety because he had to play the whole field.

It didn’t take long for Scott’s comments about Polamalu to flood social media and current Steelers linebacker Vince Williams wasn’t happy once he heard them. Williams rebuttal to Scott’s analysts via several tweets. They are posted below as they were written in his tweets:

“Troy and Ed didn’t play the same position. You wouldn’t compare an Inside Linebacker with an Outside Linebacker just because they both have “Linebacker” in their name. How can you knock Troy for being the free man or low hole player in cover one, then praise Ed for doing the same thing just 20 from the LOS. Why would you take a player that’s so disruptive in the blitz and run game and put him in the post? Pretty sure Dick [LeBeau] knew this the numbers speak for themselves. And if you don’t think Troy had the ball skills to be a deep half or strictly just a post player then your just an ass. The only knock on Troy that’s even worth mentioning is his durability, but it’s really just a microcosm of his play. If he primarily played in the post this would be irrelevant. Troy was the most intuitive football player I’ve ever been on the field with. I really believe God occasionally whispered the play to him pre snap.”

Did I mention that Scott played seven seasons in Baltimore with Reed? Did I also mention that Scott lost to the Steelers in the playoffs twice during his NFL career? I think it might be a little hard for Scott to be totally objective here.

Look, both Polamalu and Reed were fantastic players, and both belong in the Hall of Fame. Yes, one of the two, Reed, played a lot of deep safety during his career while Polamalu was all over the field. It’s not a huge surprise at all that Reed had double the interceptions that Polamalu had during his career. The interceptions, however, are the only thing that made Polamalu great or worth of having a bust in Canton, OH. He made jaw-dropping plays all over the field.

I wonder if Clark will chime in on this matter before noon on Monday gets here. Like Scott once said, Can’t Wait!!!!!

Troy was born to be great. Didn’t matter who the other safety was. He and Ed are two of the best to ever do it. Just different. Ed did some things Troy didn’t & vice versa. 1st ballot HOFamers… I don’t agree with this