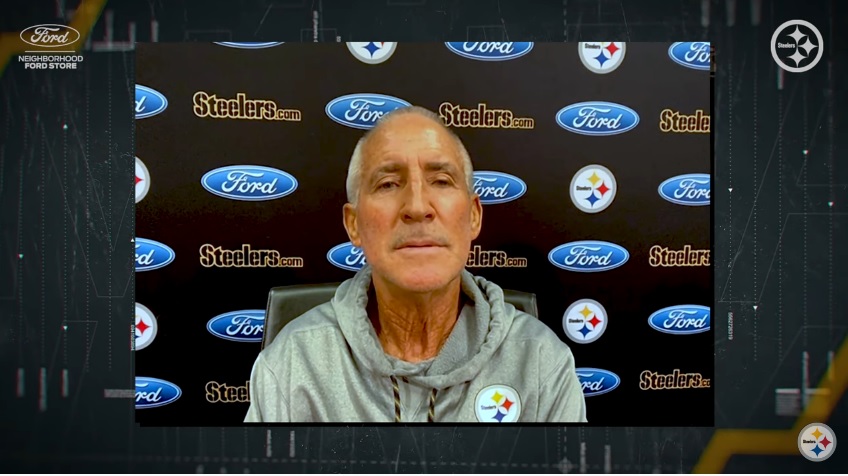 Throughout the first few days of practice, all eyes have been on what Chase Claypool’s done as a wide receiver. But his first NFL snap probably won’t come there. It’ll come on football’s third phase, running down kicks or punts on special teams. Coordinator Danny Smith thinks Claypool will make an impact there. And he hopes the rest of the league doesn’t realize it.

“Keep promoting him as a receiver so he can sneak up on some people on special teams,” Smith told reporters via a Wednesday Zoom call. “I like that promotion of him as a wide receiver. He’s good. His work habits have been very good getting to know him in this environment.”

Special teams was talked about nearly as much by the front office after selecting Claypool 49th overall in this year’s past draft. He worked on special teams all four years at Notre Dame, convincing coaches to leave him as a gunner on the punt team even as he became the established, #1 receiver.

Not only does that speak to his love of special teams, it speaks to the work ethic Smith mentioned and an unusually good level of conditioning for him to truly be a four-down player. And Smith believes Claypool will be an impact special teamer sooner than later.

“We expect him to be a contributor. Guys who get picked at that spot you expect to be contribute. He works very hard. He has an attention to detail that he’s brought here as a maturity level. I don’t mean that in a negative sense, I mean that in a very positive sense. College is just different from pros. I don’t mean that negative. It just is in every phase of the game. As a receiver, as a quarterback, likewise on special teams. He’s been working very hard.”

Drilling special teams will be one of the hardest elements to replicate without a preseason but as Smith pointed out, it’s a problem faced by every team in the league. With a couple weeks of camp remaining, the team is working on determining how Claypool best fits on that unit.

“We’re trying to find the best spots to put him in in our practice settings. I’m very pleased with him at this point. We’ve got a lot of room to grow, a lot of room to know each other. I can’t wait to see him in some critical situations and produce and be an effective player for the Pittsburgh Steelers to win.”

If he keeps impressing, odds are good he’ll be the starting gunner opposite CB Justin Layne when the Steelers face the Giants in Week 1. Pittsburgh lost several special teamers in the offseason, including WR Johnny Holton. Claypool could be a 1:1 replacement for him on special teams (hopefully much better as a wide receiver.)