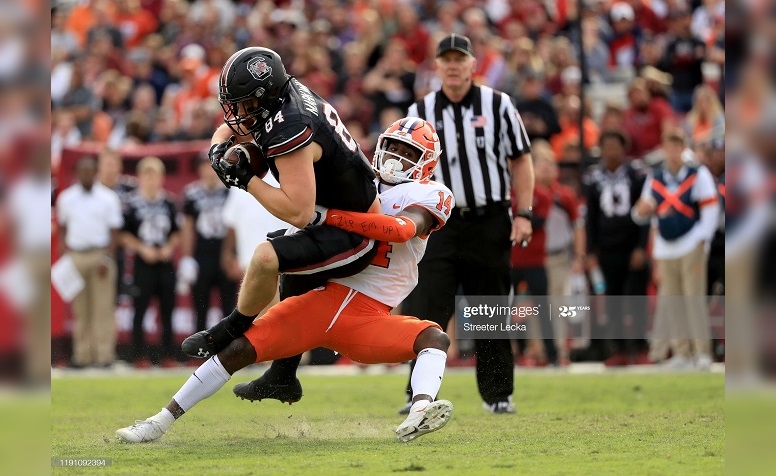 The Pittsburgh Steelers signed free agent tight end Kyle Markway to a one-year contract on Saturday and ahead of him practicing with the team for the first time later in the evening, I figured I would do a quick target contextualization o the South Carolina product for the serious fans to study.

I looked at the 11 games from last season that Markway played in that resulted in him catching 31 passes for 349 yards and two touchdowns on 46 total targets. Luckily, I was able to find 39 of his 46 total targets and 28 of his 31 receptions and those are fully contextualized in the chart below.

Perhaps the most interesting aspect about Markway’s 28 contextualized receptions from 2019 is the fact that averaged 4.5 yards after the catch, which was roughly 68 percent of his average target depth.

It’s also worth pointing out that Markway’s deepest target in 2019 was 42 yards and that came via a Hail Mary pass against Appalachian State to close out the first half. It’s a ball he almost came down with as it did hit his hands. It’s hard to characterize that one as a drop, however.

Speaking of drops, I have Markway down for two last season and one of those is a questionable one. Its designated below in the table if you would like to decide on your own.

In conclusion, Markway didn’t appear to be a huge pass receiving threat in college. He was used quite a bit as a blocker, however, and while I haven’t yet gone deep into his run blocking deep from 2019, that phase of his game looks pretty decent from what I have observed thus far. With that, Markway’s blocking ability is likely what had him on the Steelers radar to start with.