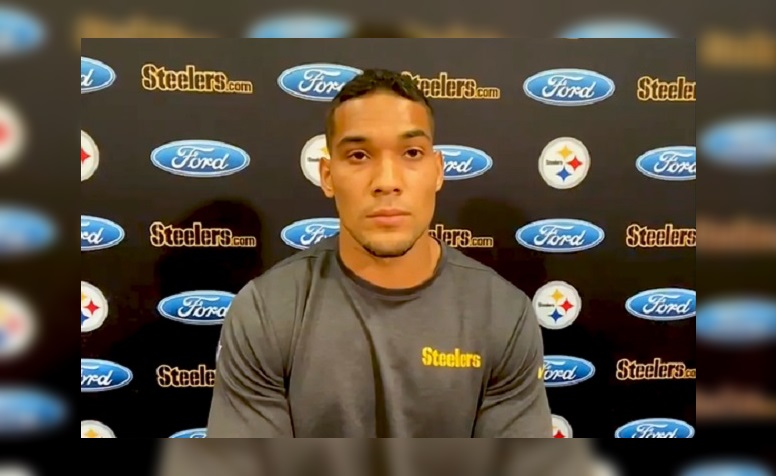 Pittsburgh Steelers running back James Conner is now in his fourth NFL season and it’s his second one as essentially the leader of that position group. On Wednesday, Conner, who is now in the last year of his rookie contract, talked about how he embraces being the job of being the leader of the Steelers running back room during his morning media session.

“Yeah, definitely in a leadership role,” Conner said. “It’s my job to, you know, get that running back group going. So, I set the tone every day when I step out there for practice. I teach these young guys. I’s been awesome. I’ve been learning from them and they’ve been learning from me. And so, it’s been nice. We’re all Learning together.”

The young guy that Conner’s having to help teach this season is rookie running back Anthony McFarland Jr., the team’s first of two fourth-round draft picks this year. On Wednesday, Conner talked a little about how McFarland seems to be progressing so far with training camp now underway and the start of the regular season just a little more than 30 days away from getting started.

“It’s been awesome having Derek,” Conner said of Watt. “He comes to work every day, he’s a leader as well. In the classroom, he sets the tone in there with his knowledge and how he’s picking things up. And on the field, he brings energy. So, excited to be with Derek, man, he has a great resume. He’s gonna help our team out a lot, especially on special teams as well. You know, the way he comes down on kickoff and as a fullback. So, he does it all so excited to be with him.”

While there’s surely competition within the Steelers running back room, one again, this year’s group seems very well rounded without having too much individualism within it.

“So, you know, we’re all just learning has from each other,” Conner said on Wednesday. “It’s a group effort going forward. It’s been fun so far.”