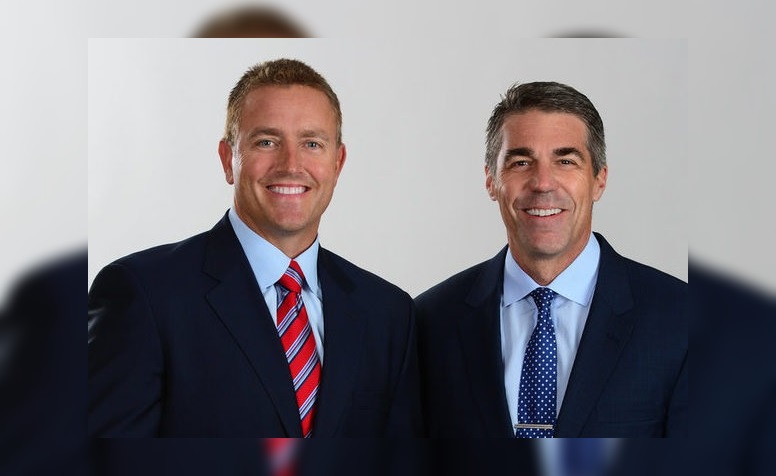 Four weeks from tonight, the Pittsburgh Steelers will open their 2020 regular season on the road against the New York Giants and that contest will be the first of two Monday Night Football games on ESPN. That game will also be the NFL debut of ESPN broadcasters Chris Fowler and Kirk Herbstreit, the network announced on Monday via a press release. Below is the portion of the press release that is dedicated to Fowler and Herbstreit.

Fowler and Herbstreit, ESPN’s leading college football broadcasting team, will make their NFL debut when they call the first game of the season-opening MNF doubleheader, featuring the Pittsburgh Steelers at the New York Giants (7:15 p.m.). Fowler and Herbstreit have worked together each college football season since 1996, beginning on College GameDay Built by the Home Depot (1996-2014) and then in the booth, beginning with Thursday Night Football and then reuniting for their current assignment, ABC’s Saturday Night Football, which they began together in 2014. Their regular weekly assignment leads into the postseason which includes a College Football Playoff Semifinal and the College Football Playoff National Championship. They are the only broadcast team to call the national championship game in the CFP era.

Connor Schell, ESPN Executive Vice President of Content, also weighed in with his thoughts on Fowler and Herbstreit in the press release.

“Chris and Kirk are commentators at the top of their game and have thrilled college football fans for many years,” said Schell. “We are looking to add new opportunities to their expansive portfolios and are confident that NFL fans will be just as excited to hear one of the most prolific broadcasting duos on Monday Night Football.

It’s been rumored for several weeks now that Fowler and Herbstreit would ultimately be calling the Week 1 Monday Night Football game between the Steelers and Giants and now it’s official. Those two should be quite an upgrade over ESPN’s main Monday Night Football broadcast team from  last season, Booger McFarland and Joe Tessitore.

While Fowler and Herbstreit will indeed be announcing the first Monday Night Football game this season, they will not be the weekly team as that distinction now goes to Steve Levy (play-by-play),  Brian Griese (analyst) and Louis Riddick (analyst) with Lisa Salters returning for her ninth season as the game sideline reporter, and John Parry back for his second season as the rules analyst.