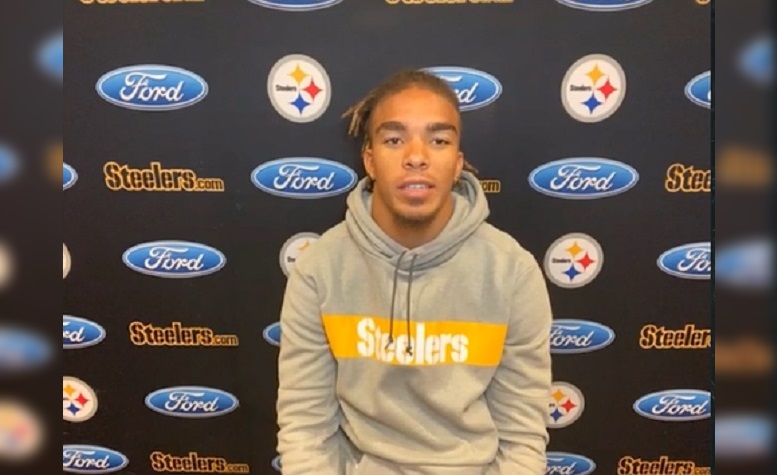 This season has been awful for bubble players. It started with the fact that they were not able to participate in their Pro Day events to help themselves raise their profile and get drafted. Then there was the rookie absence of a rookie minicamp, which allowed for players to be invited on a tryout basis.

What followed was no in-person Spring workouts at all. Now, almost all teams are trimming their rosters down to 80 players before any practices begin in training camp. The Pittsburgh Steelers just released eight players, largely rookie college free agents, to get down to 80.

Basically, it’s been made virtually impossible for a fringe player tot work his way up the depth chart this year to make a team. But even for those who are guaranteed roster spots, it will be very difficult for them to earn playing time that is not being given to them.

Case in point, wide receiver Chase Claypool, the Steelers’ highest draft pick this year in the second round (after they previously traded away their first-round pick in order to acquire safety Minkah Fitzpatrick). Pittsburgh already has three wide receivers ahead of him with meaningful playing time in JuJu Smith-Schuster, James Washington, and Diontae Johnson, themselves all young high draft picks.

So Claypool figures to begin his rookie season no better fourth on the wide receiver depth chart, perhaps even lower depending on the circumstances, and in a year in which the Steelers may very well significantly expand into the two-tight end set with the signing of Eric Ebron as a free agent. How, then, does he get his coaches’ attention with no preseason and limited training camp work?

“I think you could make an impression kind of more than just the practices alone, kind of how you carry yourself”, he told reporters last week. “I think, especially with the limited practices, you kind of have to find ways to maximize the way you make an impression, whether that’s in the weight room or just knowing what to do, maybe even spend some extra time with them, so that’s kind of my mindset right now”.

Basically, use every opportunity to do whatever you can to draw positive attention to yourself. Not that the coaching staff isn’t already going to be looking intently at arguably their most significant offseason addition, with the possible exception of Ebron. It’s just that they know he doesn’t have to be an immediate impact player, so they will not be rushing him onto the field.

At the same time, as offensive coordinator Randy Fichtner pointed out, there have been plenty of instances in which the plan was for a wide receiver to play only a bit, but their role was expanded, often due to circumstance. That was the case for the three named above, and even for the likes of Mike Wallace back in 2009, during which time Fichtner was actually the wide receivers coach. So, even in this unusual offseason, you cannot be sure the impact of the Notre Dame product.