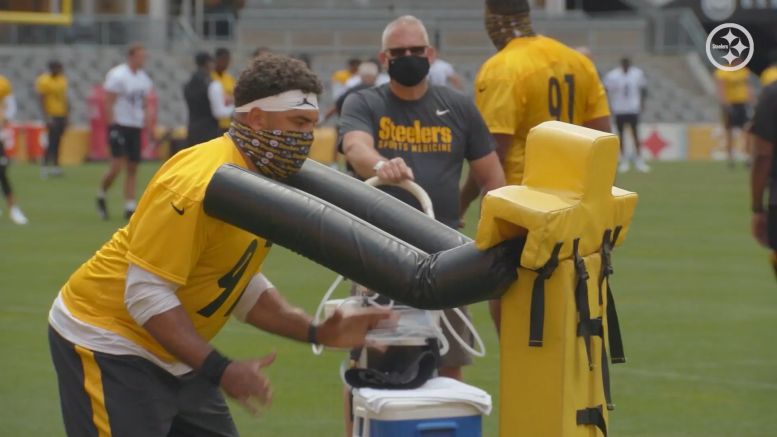 The Pittsburgh Steelers, like the other 31 teams in the National Football League, are in somewhat unprecedented territory this offseason due to the Covid-19 pandemic. The necessary health and safety measures that have been taken have placed great limitations on their training schedule, and has left teams trying to figure out how best to prepare for a season with what little opportunities they do have.

Having already been deprived of all Spring workouts, including rookie minicamp and OTAs, as well as the mandatory minicamp and all work players do on their own at the team facilities, teams were hamstrung even further when the league and the union agreed to not hold preseasons.

Even while it was an issue that the union rightfully fought for, arguing that participating in inter-organizational exhibition scrimmages is an unnecessary risk that is not outweighed by the potential benefits, even players understand the deficit that the lack of that in-stadium work puts them in, and the curious conundrum of going hard against your own teammates. It’s a subject that the team’s union rep, Cameron Heyward, discussed earlier in the week.

“We have to walk a fine line. I know we want to be physical, but we want to make sure we get guys to the games”, he told reporters on Monday. “Whether it’s not going full tackling and hitting all the way through practice. Coaches getting the whistle out pretty quick. We are not looking for drag down tacklers. But we have to show our physicality. We have to show we can be physical at the point of attack. Once we get to September things are going to be moving awfully fast. It’s going to hit us before we know it”.

Adjusting to the speed of the game is one of the most difficult parts of the offseason, especially for rookies and other young players. They are introduced to a higher level of speed in the preseason than they experience in practice, which itself is a pale imitation of what they will be seeing in the regular season.

Without that middle road of preseason games, it will be even more of a culture shock to the young players to witness the speed of a true NFL game in which the starters are playing and the stakes are raised, which makes it all the more important that teams get in whatever work that they can over the next weeks.

But they also have to do it in an intelligent fashion, because while preparation is important, as the old adage goes, the best ability is availability, and the last then you want to do is to be taking out your own players before you even get to the games that count. That is the tightrope teams are walking in training camp this year as they search for physicality while maintaining a level of safety and preservation.