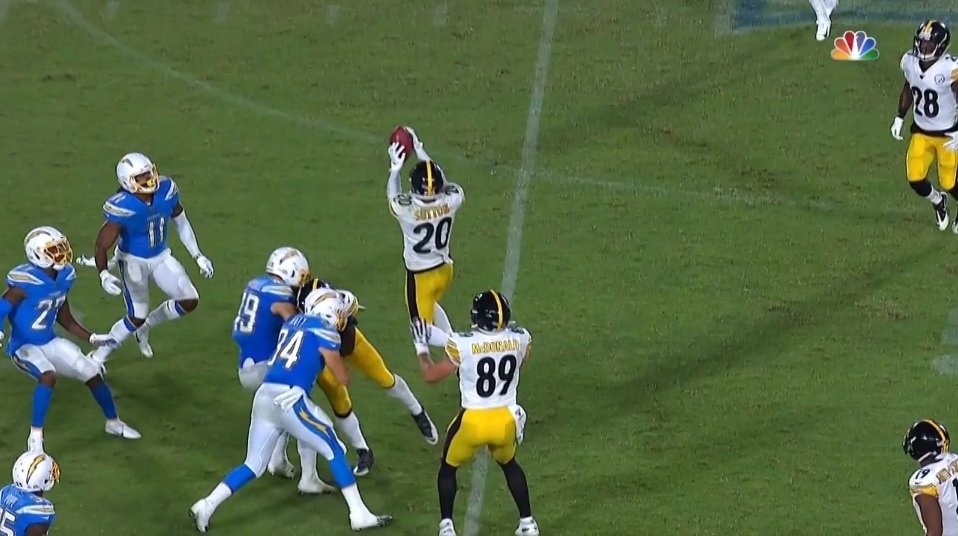 There’s no better time for Cam Sutton to have a big role than 2020. This is the final year of his rookie deal, a potential payday on the other side of the season, and to hear Teryl Austin describe it, the Steelers have big plans for him. Talking with media Tuesday, Austin said Sutton’s role is expected to expand this year.

“Yeah, Cam will have an expanded role, I would think,” Austin said via Steelers.com. “In terms of he’ll still play some nickel for us, he played some dime for us. He plays corner for us. He’s played some safety for us.”

Sutton played over 260 quality snaps a year ago. It was his best season, something that was evident during training camp where he had the best summer of his NFL career. He mostly saw work in the team’s dime package but is versatile enough to play in the slot or either outside cornerback spot. Austin talked about that versatility too.

“He’s got a lot of versatility, super smart guy. So, I think we’ll just carve out his role as it goes during the season and we try to get him in there as many times as we can because he is a really good pass defender and he has great feel for the pass game.”

The Steelers liked Sutton’s coverage ability so much that they removed Mike Hilton to play Sutton the first half of last season though by year’s end, Hilton and Sutton were on the field together with safety Kam Kelly sent to the bench.

Pittsburgh may expand their dime defense closer to 2018 levels, when they ran it 37% of the time compared to just 16% a year ago. That’s one way to cap Vince Williams snaps, keeping him in the 500-600 range instead of the over 700 snaps he’s played in past seasons.

Austin did make it clear the team wasn’t going to find new packages for Sutton to work in. Merely expanding the groups they already use.

“As far as carving out a separate type of role, no, I don’t think so. I just think we just try to give him a little bit more of what we did last year in some of those instances.”

Those comments lend itself to the idea of running more dime defense. Sutton could even eat into Hilton’s nickel snaps in obvious pass situations, too.