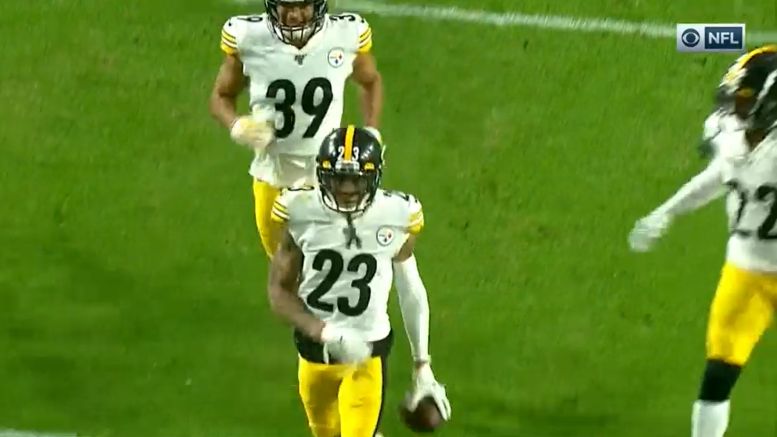 Topic Statement: Joe Haden convinced the Steelers they can and should build the secondary from the outside.

Explanation: The Steelers are rarely big players when it comes to making significant moves either via free agency or trade. Over the past few years, however, three of the biggest moves they have made since the 1960s have all come in the secondary, beginning with Joe Haden in 2017.

The Steelers’ secondary had been a problem for years by the time that they signed Joe Haden. And that was a year after drafting Artie Burns and Sean Davis in the first and second rounds, respectively. The two were even coming off of moderately promising rookie years.

Neither fully capitalized from that, especially Burns, but Haden came in a year later and became not just their best player in the secondary instantly, but also a leader. They didn’t immediately follow up, still hoping that Burns would be the answer, but Steven Nelson and Minkah Fitzpatrick would later be brought in to round out the group.

This was after years of failing to draft in the secondary well, including Burns and Senquez Golson in particular. Continued failures in this area meant only one thing: you have to start bringing them in with proven track records. It started with Haden.

While it may have started with Haden, it wasn’t because of Haden. We know from accounts that the Steelers have often tried to land players they were unable to acquire. With Nelson’s signing, it only came about due to a first-round bust in Burns. With Fitzpatrick, it came after Davis was injured. These moves were largely a product of necessity. They just happened to have more money to spend than normal

And lest we forget, Mike Mitchell’s five-year, $25 million contract was the biggest for years, and he lasted four years with the team. Ryan Clark was a free agent before him. They have invested in this position before, even if there was a seeming lapse in quality.