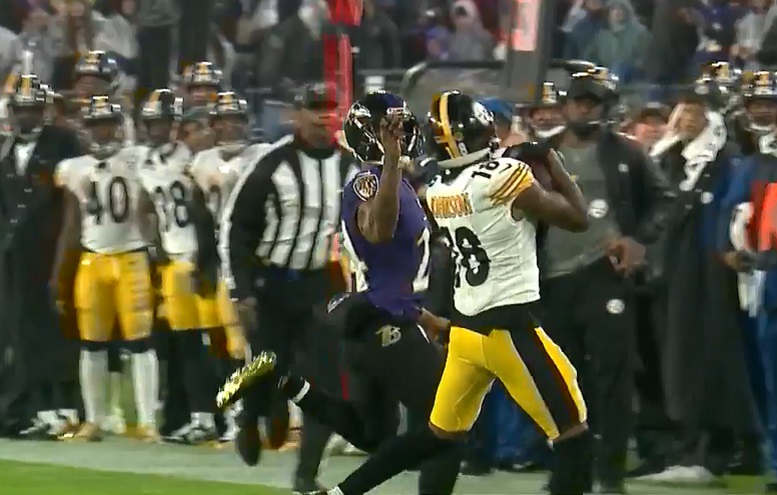 Topic Statement: Diontae Johnson will lead the Steelers in receptions in 2020.

Explanation: Diontae Johnson is probably the best route runner on the team and the player who is the most skilled at creating separation on his route prior to the pass. However, JuJu Smith-Schuster is already Ben Roethlisberger’s proven number-one target, with whom he has had great success working, and the quarterback has had very limited work with the second-year wideout.

Roethlisberger has had a proclivity toward having favorite targets here and there, Antonio Brown being the obvious example, but their relationship on the field was at least in part driven by Brown’s demands. The wide receiver group the Steelers have now is less driven by on-field ego and demands for the ball.

If Roethlisberger really has a preference, it’s to throw to the guy who’s open, and the guy who’s open is going to be Johnson. According to Pro Football Focus, for example, he was deemed ‘open’ on a full 70.2 percent of his routes run last season against single coverage.

The relationship between the quarterback and the young wide receiver might be behind the curve that it should be at this point, but football is still football. Throwing the ball has a fundamental simplicity to it, as does catching it. Once they start connecting, it will lead to many more targets, and many more catches.

It takes time to build a rapport with someone, time that Roethlisberger hasn’t yet had with Johnson. Remember, Johnson already missed a lot of his rookie offseason due to injuries, and he wasn’t much of a factor in the first two games of the season with Roethlisberger was healthy, either. He may be great in time and develop into Roethlisberger’s preferred target, but it’s too soon to expect that to happen this year, which would have to begin at the start of the season, not develop over time.