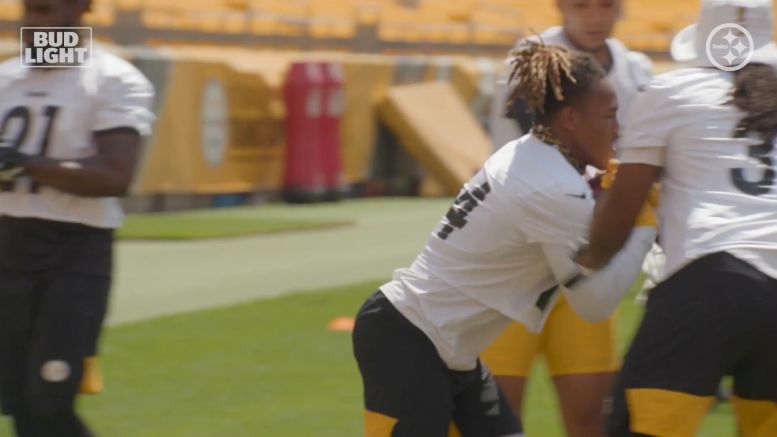 The NFLPA collectively bargained with the NFL throughout the month of July to come to terms on a mutual agreement over health and safety protocols regarding returning to play. Through those negotiations, it was decided that there would not be a preseason this year.

While neither side ever verified any information, it was widely reported that the NFL was steadfast in its desire to play two preseason games, in the hopes of allowing teams to host one game and travel to one game in preparation for the regular season.

Players commented on these stories letting it be known that the real number would be one game, if not zero. It, of course, ended up with zero. That does not mean, however, that players won’t miss the preseason, particularly young players and those in a new environment.

Chris Wormley, for example, said last week that he wished there was a preseason game. On Wednesday, second-year running back Benny Snell also told reporters that he would have liked to have had the opportunity to play in a preseason game this year for the Pittsburgh Steelers.

“I definitely would” have liked to have gotten the chance to play a preseason game, he said, “but we still have a whole season ahead of us, so that’s my opportunity. That’s my chance. That’s when I’ll try to show” the strides that he has taken since last season.

Drafted in the fourth round of the 2019 NFL Draft out of Kentucky, Snell came in last year probably thinking that he was not going to play a lot, coming to a team that had a workhorse back like James Conner in front of him.

Plans changed, of course, and once Conner got injured, Snell’s snap count—and carry count—began to rise. He logged 108 carries in all, including five games in which he recorded 16 or more rushes. He had a season-high 21 carries in a Week 12 victory over the Cincinnati Bengals in which he set a career-best 98 rushing yards. He also rushed for 91 yards on 18 carries with one touchdown in the season finale against the Baltimore Ravens.

He told reporters earlier that the training staff put him on a regimen to slim down his physique, and he reported to training camp at 212 pounds, which is 12 pounds lighter than the weight that the Steelers have him listed under on their website, as well as what he weighed at the Combine.