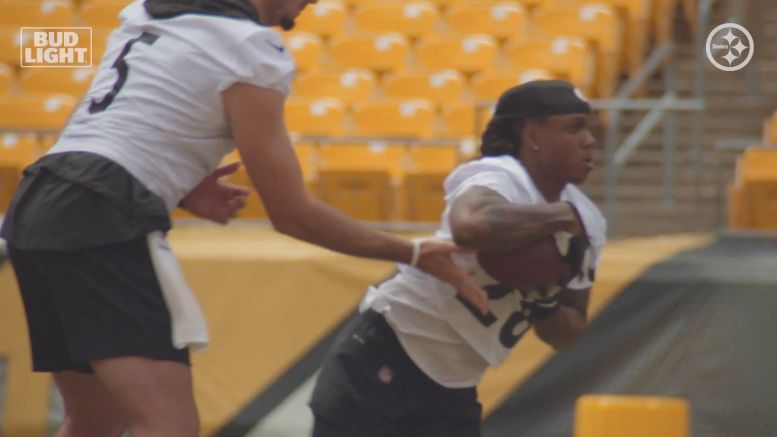 The Steelers enter the 2020 season with an unsolved mystery: who will return kicks for them this season? While they do technically retain the two players who performed in that capacity most frequently last offseason, neither of them did particularly well. One has two years of not doing well, while the other is outside of the roster bubble.

Needless to say, that opens things up for the field, and the fan favorite to land the job is rookie Anthony McFarland, which is somewhat interesting to me given that he has returned a total of one kick (and no punts) in his college career. He timed at 4.44 in the 40-yard dash, which is good for a running back, but it not exactly upper echelon as far as kick returners go.

What we do know is that Ryan Switzer has had two years—more like a year and a half—to stake his claim to that job, and he certainly hasn’t done that. Since joining the Steelers, he only averages 19.8 yards per kick return, which is dismal at best, on 39 returns. He also averages 7.4 yards per punt return, and Diontae Johnson seems to have already taken that job from him.

Kerrith Whyte is the other player most responsible for returning kicks last season, handling that job over the final six games. He averaged just 18.9 yards per return on 14 kick returns. But he is roughly as fast as McFarland, and has a college track record, averaging 26.1 yards per return at Florida Atlantic between 2015 and 2018.

Complicated matters immeasurably is the simple fact that the Steelers—like every other team of course—do not have the benefit of a preseason schedule through which to evaluate the competition. Mike Tomlin admitted that it makes the punter battle extremely difficult to evaluate. Naturally, this is no different. How do you judge a kick returner after only seeing him against your own coverage unit on a practice field?