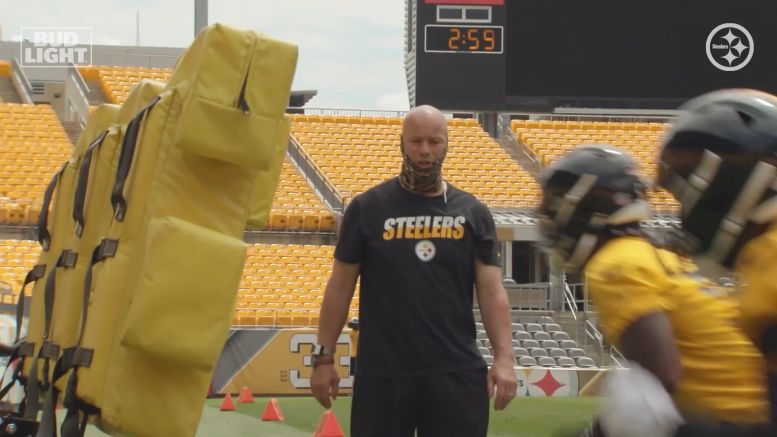 Headline: Back to backs-on-backers, and full-contact football

Considering how ‘long’ this offseason has been, or rather how long it has felt, I think the fact that players are putting the pads on today for the first time since they last played during the 2019 season counts as a significant storyline, not just for the Steelers, but for the NFL as a whole.

And what’s more, we should even get a glimpse at at least some of this activity, as the team’s website is going to be providing some footage of practice every day beginning with today’s practice, which hopefully opens with the backs-on-backers drill, which is perennially used as a tone-setting ritual under Mike Tomlin when the pads come on.

Practice in pads this offseason is the most significant football event that twill take place before the actual football commences, because as you surely are aware by now, there will not be a preseason. Players will have to prepare for the season and be evaluated for inclusion on the roster or the practice squad based upon how they perform in these key live-tackling drills.

In other words, the stakes are higher than ever before to perform in pads during practice, because never before has there been less for teams to go on. Every team will get 14 opportunity to practice in pads between now and the start of the regular season, and the players on the fringe especially will have to make every one of those 14 practices count.

It’s also important to note that putting on the pads will inevitably result in an increase in injuries. Tomlin hasn’t been reporting injuries so far, but there have been some indications that some players here and there may have already missed time.

Sitting out practices with injuries this offseason for a young player trying to make the roster could be disqualifying at this point. A lot of ground could be made up in a great preseason game performance in any other year. But not this one.