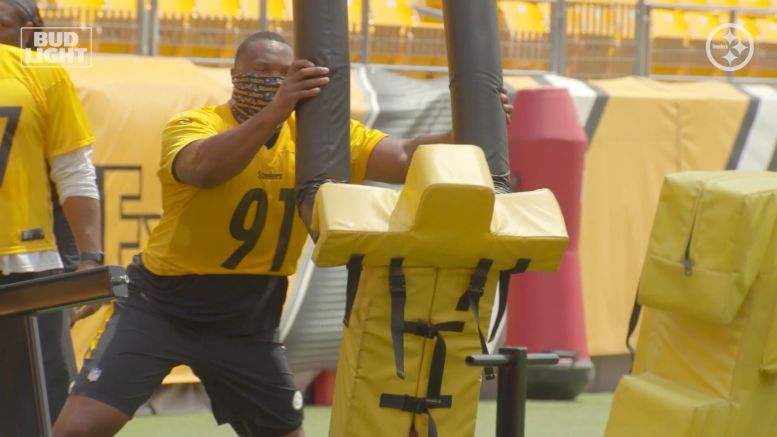 Question: Will Stephon Tuitt pick up where he left off last season before his injury?

This might quietly be the biggest question about the defense this season. With Javon Hargrave gone, it’s been assumed that Stephon Tuitt’s return will essentially cancel out and offset that loss. But what if the Stephon Tuitt of 2020 isn’t the one that we’ve come to expect?

And that’s not even to ask if he will be the same player that he was at the end of his 2019 season. He already had three and a half sacks through five games and a bunch of tackles for loss. He was arguably the best player on defense at the time that he suffered a pectoral injury that put him on the shelf.

And if he was arguably the best player then, he could arguably be the best player this season—reminding of course that that is no small feat, given the likes of T.J. Watt, Cameron Heyward, and Minkah Fitzpatrick who are on the roster as well and returning from All-Pro seasons.

It seems as though we’ve been waiting for Tuitt to break out for four or five years now, and we’ve seen exciting glimmers of it, often derailed by injury. This latest injury was the most significant by a good margin. Will that have taken a toll on him, and will it be reflected in the level of play we get from him this year?