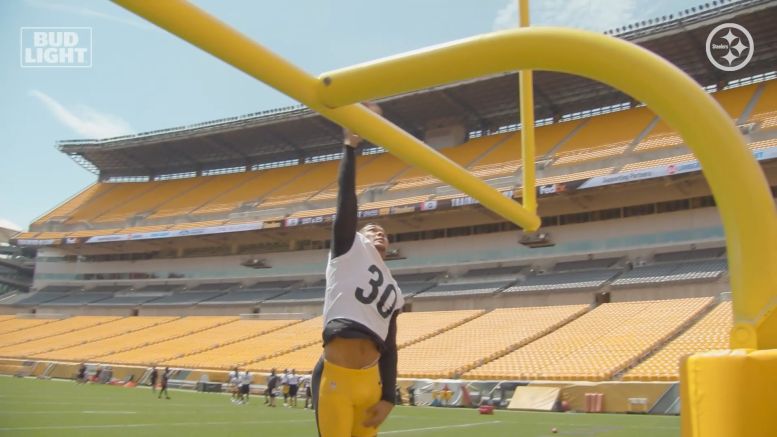 Question: What percentage of snaps will James Conner play in 2020 when he is healthy?

Mike Tomlin is on record, year after year, stating that he is a workhorse-back kind of guy. From Willie Parker to Rashard Mendenhall to Le’Veon Bell to James Conner, when he has a guy, he uses him, and he uses him a lot. Even when Bell was injured, he used DeAngelo Williams as ‘the guy’, and he damn near had a Pro Bowl season (I still think he should have gotten in).

During his Pro Bowl season in 2018, under normal circumstances, when healthy, without short weeks, Conner pretty regularly topped 80 percent of the offensive snaps for the game, often hitting 85 or even 90 percent of the workload, for that matter.

But that wasn’t the workload he was getting last season. He only approached 80 percent in two games at the time of the first significant injury against the Miami Dolphins in Week Eight. Prior to that, he had been closer to playing about two thirds of the snaps.

Now, the Steelers have a more experienced backfield, especially with Benny Snell in his second season and in improved physical conditioning. Jaylen Samuels is back healthy, and then you add two speed backs in Kerrith Whyte and Anthony McFarland, at least one of whom will be on the roster, plus the veteran Wendell Smallwood.

They have the personnel to prevent themselves from grinding Conner into the ground. That doesn’t mean they won’t. But they have enough backs to share the workload.