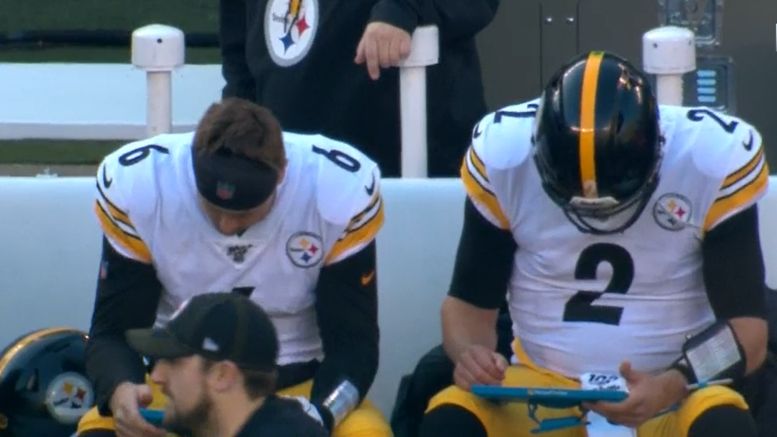 Question: Should the Steelers keep all four of their quarterbacks this year?

One of the many questions that NFL teams are facing this year regarding their roster construction concerns how many quarterbacks they should keep. Many teams in recent years have begun to keep only two quarterbacks on the 53-man roster, though the majority of them would still keep a third on the practice squad.

The Steelers have long been one of those teams who would resolutely retain three quarterbacks on the 53-man roster, almost at all times, barring unexpected adverse circumstances, such as the sudden loss of a player. Both Devlin Hodges and Paxton Lynch experienced brief spells on the practice squad as the number three quarterback last season before being called up.

With Ben Roethlisberger and Mason Rudolph both back healthy, Hodges and Lynch are competing for the third quarterback spot, but should the Steelers be very seriously weighing the possibility of keeping the fourth quarterback as well?

With 16 practice squad spots available now, it makes it far easier to carry an extra arm, even if he won’t have any reps in practice to work with. He would, of course, be there for emergencies only, but at least he would be in the playbook and will know the gameplan if injuries or a Covid-19 outbreak arise. He could be kept in quarantine as well to ensure that you have at least one quarterback free from exposure.