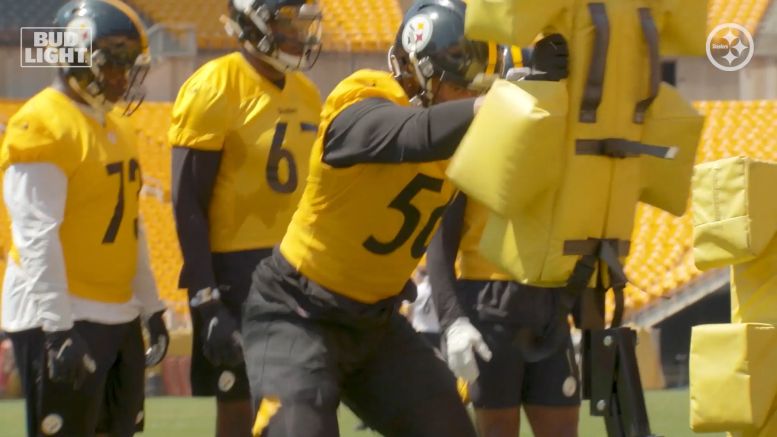 Reasoning: Over the weekend, the rookie edge defender drew praise from Mike Tomlin, Keith Butler, T.J. Watt, and even right tackle Chukwuma Okorafor, all of whom took notice of him so far in training camp.

With Anthony Chickillo released and the reality of this very possibly being Bud Dupree’s last season in Pittsburgh, the Steelers looked to address their outside linebacker depth in the 2020 NFL Draft with the selection of Alex Highsmith in the third round, which was with their second pick overall.

Coming from a small school as a former walk-on and without even a lot of experience playing on the edge, that combined with the reality of the nature of this offseason, which wiped out all Spring practices, created a lot of doubt as to whether or not the team could actually expect to get anything out of him defensively.

Those around him are a little more optimistic, as both T.J. Watt and Keith Butler specifically made remarks pertaining to their belief in his ability to get on the field on defense and provide some depth relief for Watt and Dupree.

It’s not uncommon for rookie edge defenders to get on the field, of course. Watt and Dupree both spent time—if not all of their time—as starter during their rookie seasons, not even simply rotating in. Jarvis Jones also started a fair bit as a rookie. Behind James Harrison and LaMarr Woodley, Jason Worilds rotated in. Woodley himself, of course, was also on the field during his own rookie season in 2007.

None of them were small-school products who were robbed of a traditional offseason, however. Highsmith won’t even have the benefit of preseason action. But his only competition for the number three edge role is a trio of former undrafted free agents who have minimal playing experience, one of whom is a rookie, so it’s not as though he’s coming in behind Arthur Moats.