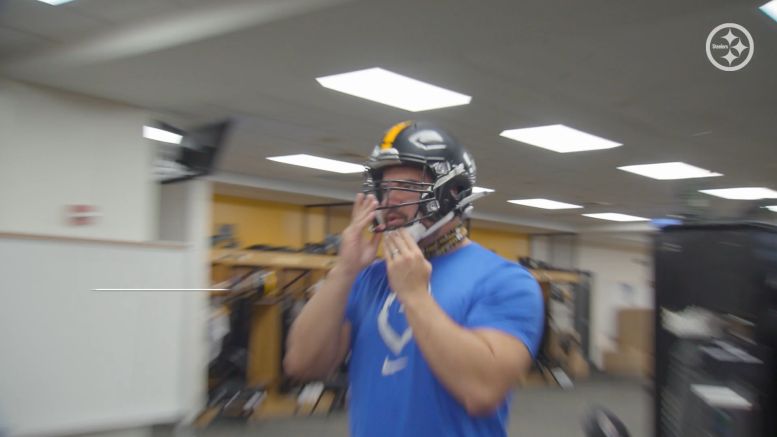 Reasoning: For the moment, it appears unlikely that Stefen Wisniewski is going to be given a significant opportunity to compete for the starting left guard slot as the team devotes its energies to determining whether or not either Chukwuma Okorafor or Zach Banner are capable of starting at right tackle.

In case there is anybody who isn’t already intimately familiar with how this works, basically the fate of the left guard position rests upon the fate of the right tackle position. if either Zach Banner or Chukwuma Okorafor look like they can start there, then Matt Feiler is going to start at left guard. If they don’t, then Feiler will have to start at right tackle, which would mean Stefen Wisniewski is the man to play at left guard.

After he was first signed, the longtime veteran with over 100 career starts under his belt told reporters that he was told he would be given an opportunity to compete for a starting job. I’m not sure that that is what we’re seeing or going to see.

I’m also not sure if things would have been different had we had a conventional offseason. While the Covid-19 pandemic was just kicking off when the Steelers signed Wisniewski, very few people seemed to think that we would still be in as bad a shape as we are at this point in the year. So it’s possible that there would have been a clearer and more open competition had the Steelers had the benefit of a traditional offseason with Spring practices and a proper preseason schedule.

But the long and short of it is that it doesn’t seem as though Wisniewski will be given any kind of serious look in the starting lineup. Many have felt that this was always the most probable outcome, though I’ve also seen ‘experts’ suggesting the opposite, but national and local.

This reality obviously reflects a ‘stock down’ analysis for the 31-year-old unless we suddenly see him starting to get reps with the first-team offense, which appears unlikely at the moment. Based on his comments from early in the offseason, he was under the impression that there was a chance he would start. Based on the months that have followed, there isn’t much of one, and it’s only contingent upon whether or not they have no other choice but to keep Feiler at right tackle, seemingly irrespective of the possibility that that might be their best lineup even if Banner or Okorafor showed capability in the starting lineup, just simply not quite as much as Feiler.