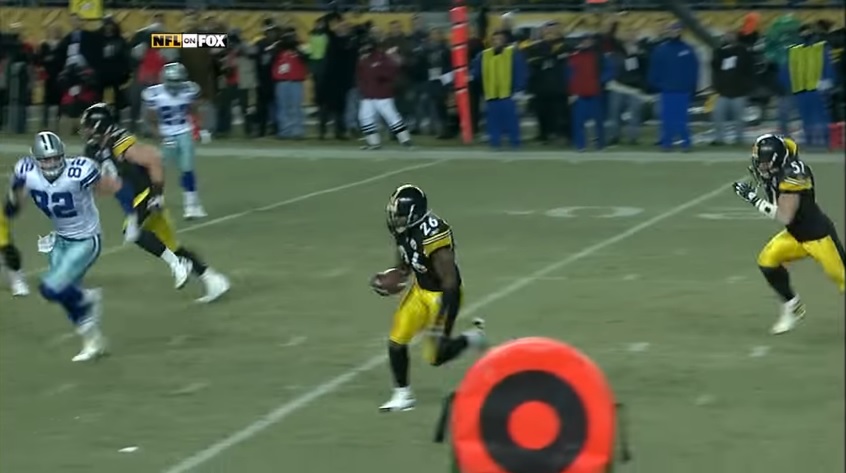 As a Steelers fan and analyst, “Renegade” holds a special place in my heart. Any time you hear that song come on at Heinz Field, the hair on the back of your neck stands up. Usually, something special is going to happen.

The song has fallen on hard times in years past, namely late in the 2019 season when Buffalo’s Josh Allen hooked up with John Brown immediately after the song played, leading to the game-winning touchdown on Sunday Night Football. But what about that one magical time you remember when the song played and the Steelers’ defense did something special?

For me, that was Dec. 7, 2008 at Heinz Field against the Dallas Cowboys. No surprise it comes with arguably the greatest defense in franchise history.

Leading up to that moment when “Renegade” played with just under 2 minutes remaining, the Steelers and Cowboys found themselves locked in a turnover-filled dogfight.

Cowboys quarterback Tony Romo had turned the football over three times leading up to the final drive of the game, but despite the high number of turnovers, the Steelers found themselves trailing for much of the game.

Early in the second quarter James Harrison – on his way to the 2008 NFL Defensive Player of the Year Award – crashed through the Cowboys’ offensive line on a delayed blitz to sack Romo and force a fumble that rotational defensive end Travis Kirschke recovered at the Dallas 45-yard line.

Unfortunately for the Steelers, Ben Roethlisberger and the Pittsburgh offense couldn’t do anything with the turnover, as three plays later Roethlisberger fumbled on a scramble, leading to a Bradie James recovery for Dallas.

Following the turnover, Pittsburgh and Dallas traded punts before Ike Taylor stepped up in a big way with the Dallas offense pinned deep thanks to a 44-yard punt by Mitch Berger.

Taylor couldn’t have played this route any better, forcing Terrell Owens outside before then flipping his head around to undercut the throw from Romo for the interception, setting Pittsburgh up at Dallas’s 22-yard line.

Again, the Steelers’ offense couldn’t do anything with prime field position, as Pittsburgh was forced to settle for a  24-yard field goal from Jeff Reed with 2:40 left in the second quarter. Not to be outdone, Dallas kicker Nick Folk booted a 44-yard field goal as time expired to send the two iconic franchises into the half tied at 3-3.

The field goal from Folk at the end of the half seemed to spark Dallas’s offense as early in the third quarter Romo – in scramble mode – found Owens in the back of the end zone over Taylor for the go-ahead touchdown.

Later, Folk tacked on a 33-yard field goal late in the third quarter to take a 13-3 lead.

Pittsburgh somehow found a way back into the game though as Santonio Holmes returned a punt 35 yards into Dallas territory, setting up a 41-yard field goal by Reed with 7:20 left in the fourth quarter, making it a 13-6 game.

It’s pretty remarkable to see Miller move like this in his fourth year. He was a fluid athlete at tight end in his early years, and man was he strong. I also love seeing Max Starks being the first one there to celebrate. Zach Banner reminds me a ton of Starks.

Tied at 13-13 with 1:51 left in the game, the Steelers defense stepped up in the only way it knew how in the 2008 season, turning in arguably the most iconic post-Renegade performance at Heinz Field.

It’s pretty remarkable to see Romo and Jason Witten have a miscommunication like this, but thankfully for the Steelers DeShea Townsend was in the right place at the right time and capitalized on the mistake, picking off Romo and scampering 25 yards for the game-winning touchdown.

Four plays later with one last gasp, Romo and Witten miscommunicated again on a 4th and 10 throw up the seam, resulting in an incomplete pass, sealing the come-from-behind win at home late in a season that would eventually end in triumph, this time thanks to a clutch offensive comeback.