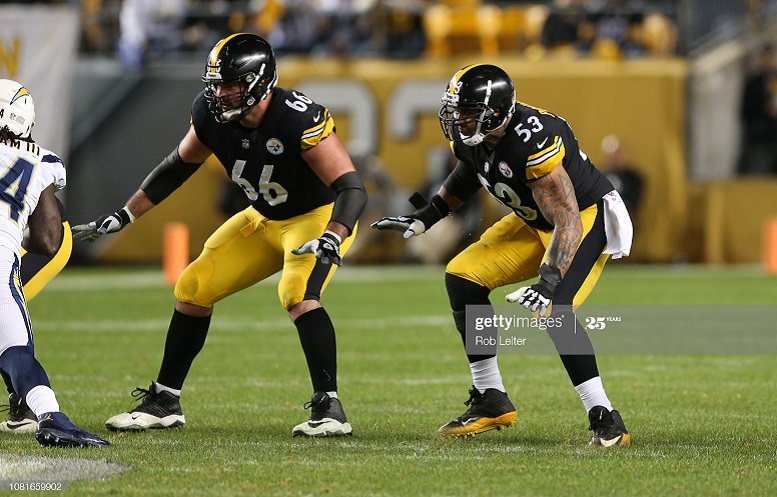 Ranking season continues on with training camps still at least three weeks away from getting underway and ESPN.com has now begun their positional series for 2020. On Sunday, ESPN.com released their rankings of the top 10 interior offensive linemen for the 2020 season and the Pittsburgh Steelers had two players, guard David DeCastro and center Maurkice Pouncey, both make the cut.

The list of top 10 interior offensive linemen for 2020 includes guard Quenton Nelson of the Indianapolis Colts at the top and he’s followed by guard Zack Martin of the Dallas Cowboys and guard Brandon Scherff of the Washington Redskins. DeCastro and guard Joe Thuney of the New England Patriots round out the top five interior offensive linemen for 2020.

DeCastro making the top five on this year’s list isn’t a big surprise and you could male a strong argument that he belongs at least one spot higher and thus ahead of Scherff. Here is the synopsis from ESPN on him being ranked fourth overall:

It’s hard to argue with DeCastro’s career after two All-Pro teams and five Pro Bowls. Last season he wasn’t considered as dominant, but the Steelers’ sagging offense after the loss of Ben Roethlisberger partly contributed.

“He’s still athletic, big, long arms, tough,” one NFL defensive assistant coach said. “He and [Maurkice] Pouncey are a good combo. He might have lost a half-step but he’s still high in that second tier of guards.”

DeCastro finished the season with a 93.8 pass block win rate.

DeCastro has lost a half-step? Yeah, that doesn’t really show up on tape, but whatever. Even if he indeed has, he’s still one of the two best right guards in the NFL.

As for Pouncey, he’s ranked 10th on the ESPN list of interior offensive linemen for 2020 and is the third center in the top 10 behind Rodney Hudson of the Las Vegas Raiders and Ryan Kelly of the Colts. Below is the tidbit from ESPN on Pouncey and his ranking on this year’s list:

Pro Football Focus calls him average. His style is unorthodox. But even at age 30, his presence is felt.

“He’s still the best and it’s not even close,” said one AFC exec.

Supporters laud Pouncey’s ability to pull downfield, his physicality and his locker-room presence as a leader of a storied franchise. Detractors say he gets sloppy in his movements and can be overpowered at times.

“He’s still one of the best, but I’m curious to see how he holds up this year physically,” said an NFL defensive assistant. “He’s a guy you want on your team nine times out of 10.”

Pouncey has never seemed to grade out well by Pro Football Focus in any one season and that’s forever been a head-scratcher. In fact, PFF very recently named Pouncey the most overrated offensive lineman of his generation.

Pouncey certainly shouldn’t be regarded as the top center in the NFL at this point in his career, and especially when it comes to pass protection, but he’s still easily top five, in my opinion. He can still get on the hoof and pull effectively in addition to being able to get off the line and take care of business at the second level. Him being ranked tenth overall on this interior offensive linemen list might be a little bit of stretch, but not a huge one just the same.

Overall, I was expecting DeCastro to be in the top five on this list before I read it and for Pouncey to be just outside of the top 10 as a top honorable mention. Both Steelers offensive linemen are now over 30 years of age, however, so it will be interesting to see how much longer they can each hold on to their top 10 rankings. Assuming both stay healthy in 2020, we could very well see them back in similar spots in the 2021 interior offensive linemen rankings.