Will the Pittsburgh Steelers carry a 90-man roster through the first few weeks of training camp. They can if they want to, but we’ll find out for sure by Tuesday if they will or not.

According to recently concluded negotiations between the NFL and NFLPA, teams can carry 90-man rosters until August 16 but only if they utilize split-squad procedures that have been created. Should teams decide against needing a 90-man roster until August 16, they must be down to 80 players come the first day of training camp, which is on Tuesday, July 28.

As of Sunday afternoon, several NFL teams have started trimming their rosters. In fact, the New England Patriots and Arizona Cardinals have each already trimmed ten players from their respective rosters to get down to 80.

Should the Steelers ultimately decide to go down to 80 players, there’s a good chance they’ll wait until right at the deadline to announce their moves, just as they do every year when it comes time to trim their roster down to 53-players. I’d expect the Steelers to carefully watch the official NFL transaction sheet in the meantime to see if a player they think would offer an upgrade gets waived.

If and when the Steelers do decide to trim their roster to 80 players by Tuesday evening, we’ll pass along the transactions as soon as they are announced. In the meantime, however, here is a post that attempted to identify the 10 players most likely to be waived by the Steelers should the team go to 80 in the coming few days. 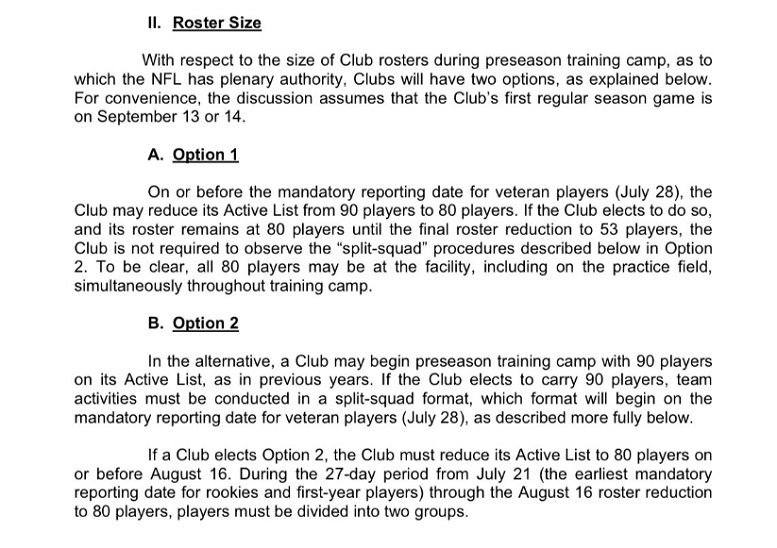