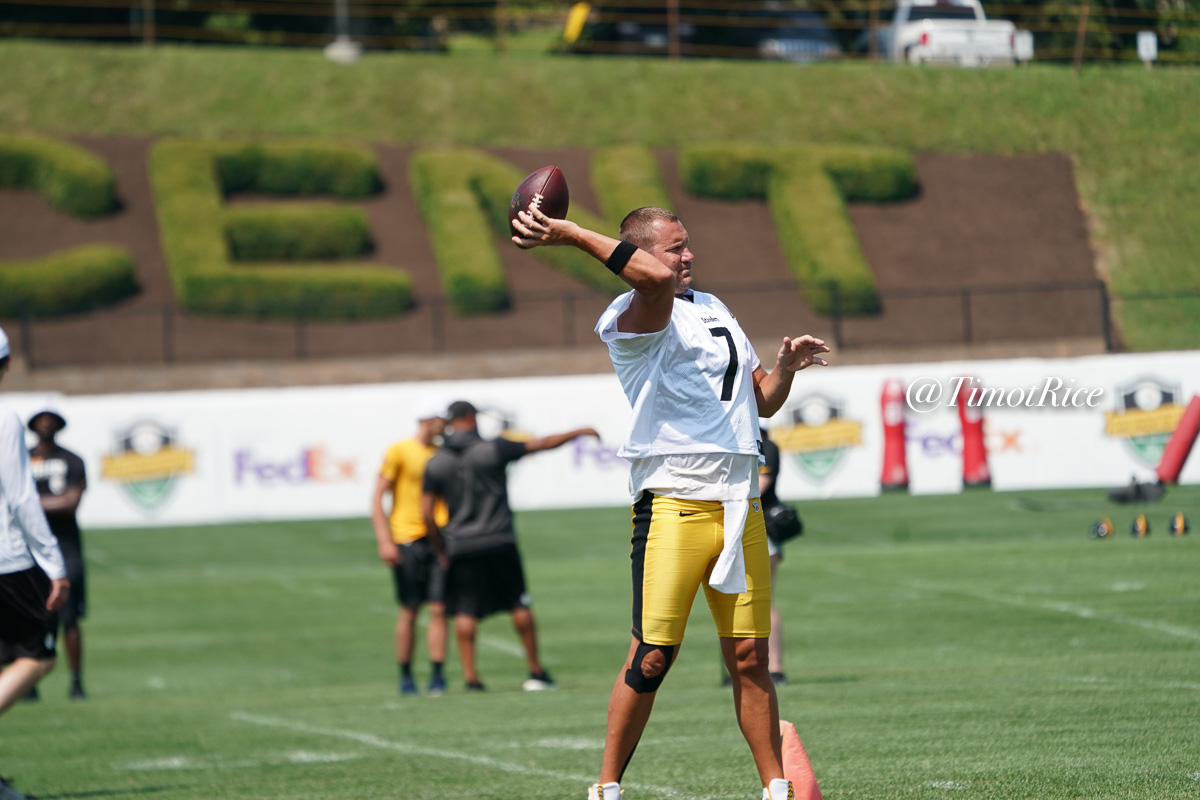 2020 is a brave new world. And the Pittsburgh Steelers are still navigating it. In addition to COVID pandemic that’s totally uprooted the offseason and preseason, the team is still determining where QB Ben Roethlisberger is at coming off major elbow surgery. Speaking to the media Wednesday, OC Randy Fichtner says he isn’t sure what Roethlisberger’s camp schedule will be.

“Naturally, the first thing is we have to get a feel for where he’s at,” he said in his virtual Q&A session with media. “His body and his arm will tell us. It’s not unusual for us to work a day, maybe work half a day, and give a days rest. He knows that routine. It’ll be a little different routine. It’ll be a little different kind of camp. I think we’ll have to play it by ear. Depending on how he feels and how much he wants. There’s time where he wants it all and we gotta back off. And that’s a good thing.”

These next few days will be the first time Mike Tomlin and Fichtner have seen Roethlisberger since the pandemic began. Fichtner did add he thinks Roethlisberger may throw today, giving the coaching staff their first look at #7 in a long time.

#Steelers OC Randy Fichtner says it’s been fun to have Ben Roethlisberger at Heinz Field, he’s had “some good convos” w/ his returning QB and that “maybe” he’ll throw today. Fichtner said it’ll be “exciting to see that!”

As Fichtner alluded to, in recent years, the Steelers had a pretty consistent full-day, half-day, off-day routine with Roethlisberger. And it’s possible they stick with that again. But there are competing thoughts to that idea. On one hand, the team may want to give him more reps to knock off rust, test his arm, and get him as physically prepared for the season as possible. The only way to find out how his elbow and arm feels is to make him throw.

On the other hand, the team has made it a point to take things slow and there’s a risk in rushing him too. The Steelers didn’t have the normal on-ramp of a full OTA and minicamp session like their initial rehab plan.

Though much of camp will be held behind closed doors and not fan filled bleachers like Latrobe, we still should get an idea from local media as to how much Roethlisberger is working over the next month. Based on everything the team has said so far, there’s every reason to believe he will start the Week One opener on the road against the Giants.