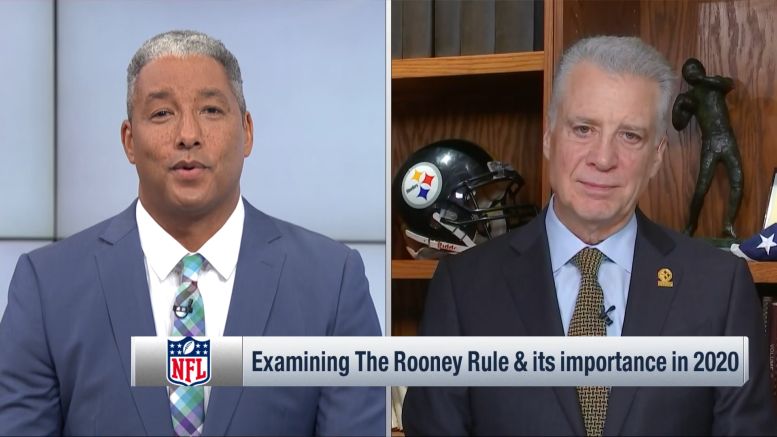 The NFL made a series of changes to the Rooney Rule earlier this year in the hopes of promoting and encouraging greater diversity within the league’s coaching ranks, as well as in the front office. One change made was to require that teams interview at least two outside minority candidates for a vacant head coaching position. teams are now also required to interview a minority candidate for coordinator and general manager (or equivalent) roles.

The biggest proposal that the league was looking to make was to try to find a way to incentivize teams to not just hire, but also to develop minority coaches. The initial proposal, which drew rounds of criticism, suggested that teams receive improved draft position in the third round for hiring a minority head coach or general manager.

While this proposal was tabled, the general idea remained alive, and it will be revisited later this year when the league meeting in October takes place. Only the focus will shift from the front end to the back end.

Essentially, rather than teams being rewarded directly for hiring a minority candidate, they will instead be compensated in the event that another team hires away that coach or front office personnel. Or at least that is how the proposal would work if it is adopted later this year.

“The NFL competition committee hopes to present at the fall meeting in October a revised proposal to reward teams for identifying and developing coaches and executives of color”, Tom Pelissero wrote on Twitter. “Still getting feedback from clubs/external experts, but it’s alive for the next hiring cycle”.

The NFL competition committee hopes to present at the fall meeting in October a revised proposal to reward teams for identifying and developing coaches and executives of color, I’m told. Still getting feedback from clubs/external experts, but it’s alive for the next hiring cycle.

Needless to say, this is a long way off right now, far from the current focus given everything that is going on even just in the NFL and the sporting world, and details would obviously have to be finalized. But this idea has had more support—or at least less backlash—than the previous idea of giving teams better draft positioning for hiring minority coaches or general managers.

The NFL made it a priority to rework the Rooney Rule early this offseason, a charge led by Pittsburgh Steelers owner Art Rooney II himself, who is the son of the man after whom the rule was named, Dan Rooney.