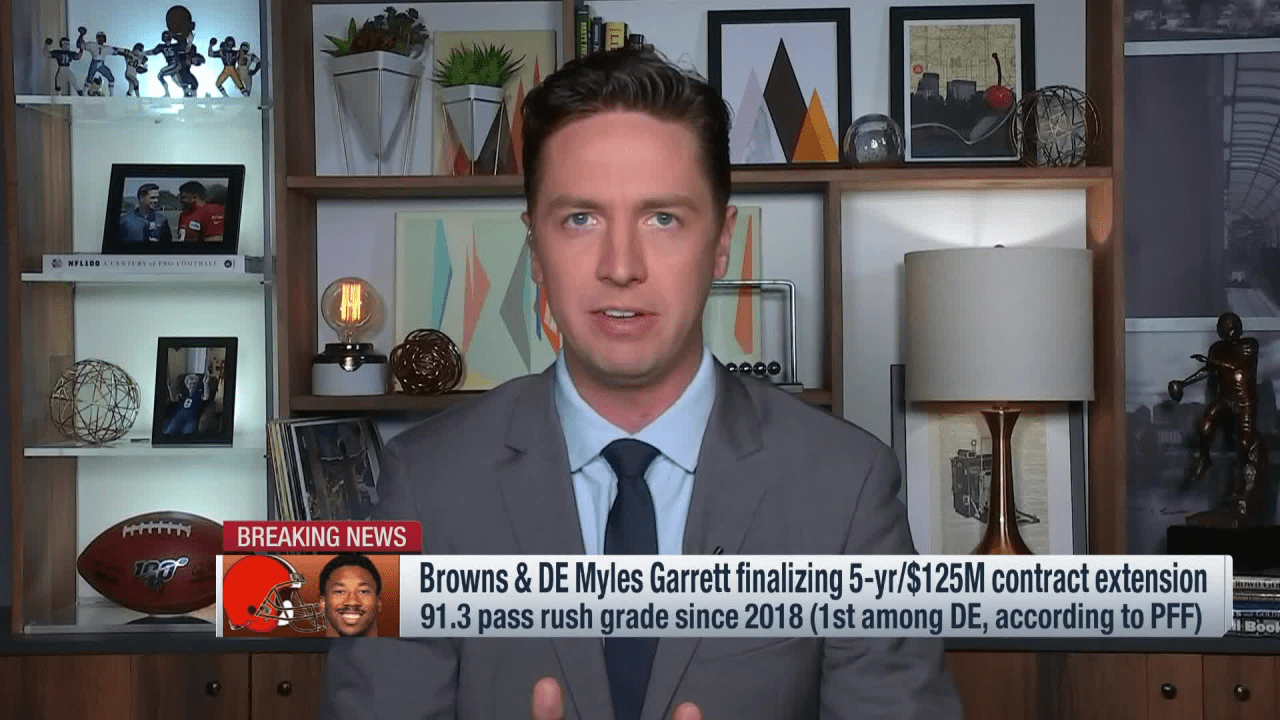 If things continue to move along like many think they will, the NFL will have a new highest-paid defensive player come the weekend, That player will reportedly be Cleveland Browns defensive end Myles Garrett.

According to Ian Rapoport of the NFL Network on Tuesday, Garrett, who still has two years left on his rookie contract, is closing in on signing a five-year, $125 million extension with the Browns that figures to include $100 million in total guarantees and $50 million fully guaranteed money at signing.

Should the numbers in Rapoport’s report wind up being correct, Garrett, the first-overall selection in the 2017 NFL Draft out of Texas A&M, would have an annual new money average of $25 million, which would top the NFL’s current highest-paid player, Chicago Bears outside linebacker Khalil Mack, who currently earns $23.5 million per season.

Garrett, 24, is expected to sign the contract as early as Wednesday after passing a physical Tuesday, a source told ESPN on Tuesday. In his first three seasons in the NFL he has registered 30.5 sacks, 104 total tackles, 4 passes defensed and 6 forced fumbles in 37 total games played in. Last season, Garrett was suspended the final six games for hitting Pittsburgh Steelers quarterback Mason Rudolph with the player’s own helmet during a skirmish at the end of a game on Nov. 14. The NFL reinstated Garrett in February.

If you’re wondering what kind of impact that Garrett’s new contract, if as advertised, will potentiality have on a forthcoming extension for Steelers outside linebacker T.J. Watt, it’s really only a new measuring stick and what that might even be outdated come the end of the 2021 free agency signing period.

Watt, who is now in his fourth season in the NFL, isn’t expected to sign a lucrative contract extension until around this same time next year. The Steelers picked up Watt’s 2021 fifth-year option on his rookie contract earlier this offseason and that means the team’s former first-round draft pick out of Wisconsin is scheduled to earn $10.089 million next season.

The Steelers will likely start working on a long-term lucrative contract extension with Watt sometime next spring and potentially not finalize the deal until after the team reports for the start of their 2021 training camp. Come time for Watt to sign the dotted line on a new extension, that deal could wind up being a five-year extension and having a new money average in the neighborhood of $30 million. In total, a five-year extension for Watt could be in the neighborhood of $160 million when including the $10 million and change he’s already due in 2021.

As soon as the full numbers of Garrett’s new contract are made available, I will pass them along in a separate post.