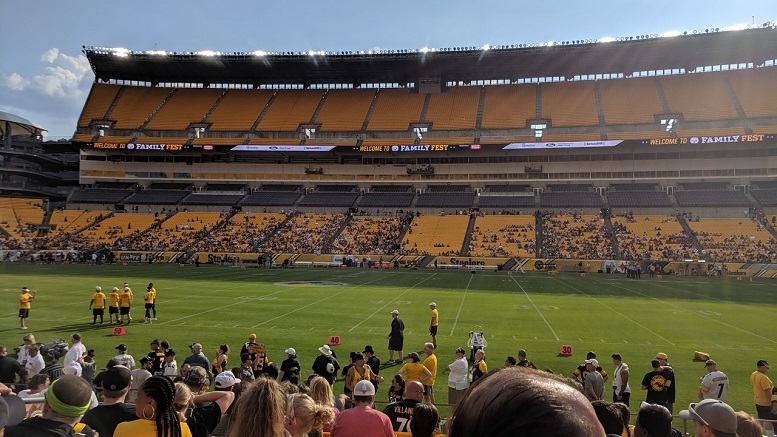 It’s long been assumed that NFL teams will not allow attendance at their training camps this summer due to the continued issues with the coronavirus pandemic. On Thursday, however, word from the league’s offices have now made that official.

“Fans will not be permitted at training camp this year,” NFL spokesman Brian McCarthy told Pro Football Talk via email on Thursday. “This is a league-wide policy. Clubs may hold up to two events at their stadium provided they adhere to all state and local guidelines.”

The fact that teams may hold up to two events at their stadium this summer sounds good in theory. But with that said, we’re still a long way away from such events taking place. The league, along with the NFLPA, has still yet to work out a lot of kinks regarding how and when training camps will take place along with other critical elements related to health and safety. The fact that in-stadium training camp events are already being discussed is a bit comical.

The Pittsburgh Steelers have long since announced that their 2020 training camp will take place at their own stadium, Heinz Field, in lieu of at Saint Vincent College in Latrobe due to the pandemic. The team has also since announced that fan attendance at this season’s home games will be severely limited should it be allowed at all and that those attending will need to wear masks.

During a normal training camp the past few years, the Steelers have conducted at least one of their practices at Heinz Field in front of fans with it being part of the annual Family Fest event. That practice usually takes place on a Sunday night and during the later stages of training camp.

Will there be two such events at Heinz Field and in front of fans this summer like McCarthy suggested might be the case? We’ll see as nothing can be etched in stone at this point. If, however, the Steelers do wind up holding any sort of training camp practice at Heinz Field that allows fans to be in attendance, you can count on us having Alex Kozora present for it and reporting what all he observed during it.