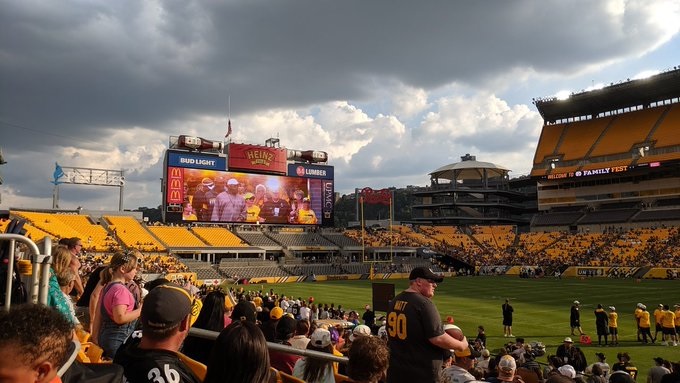 It’s now officially official that all 32 teams will begin training camp July 28th. What happens from there remains a bit of a mystery but it’s at least a starting point for the league as it attempts to play out the 2020 season. The NFL sent letters to teams confirming the 28th start date with rookies reporting a week earlier.

NFL memo to teams today reinforcing the start dates for training camp as specified in the CBA. pic.twitter.com/tCmxUHRPUm

If you’re wondering why the Texans and Chiefs are noted as an exception, they kick off Week One, so they’re reporting earlier than the rest of the league.

The 28th was the original report date pre-COVID but there were obvious concerns over if that timeline would hold. The league’s medical experts have deemed it safe to report and though there are still issues the NFL and union have to hammer out, some progress appears to be made.

For Pittsburgh, they won’t report to St. Vincent College for the first time in over 50 years. Instead, they will hold training camp at Heinz Field this year. The NFL has allowed up to two fan practices but it’s unclear if the team will hold any, especially as COVID cases rise in the area. Some teams, like Miami, announced they won’t hold any fan practices so this is clearly an optional event, not a league mandate.

One of the next pressing items for the league is determining how many, if any, preseason games will be played. The NFLPA wants zero, citing safety concerns over the virus and lack of offseason program, while the NFL has fought for two. It’s likely they either meet in the middle with one game or eliminate the preseason entirely.

The sports world is returning to action. Hockey is just a few weeks away from the start of their playoffs, the Pirates are on TV tonight with an exhibition game against the Indians, and football will return in short order. It remains an open question how bumpy their seasons will be – expect a year unlike any other.