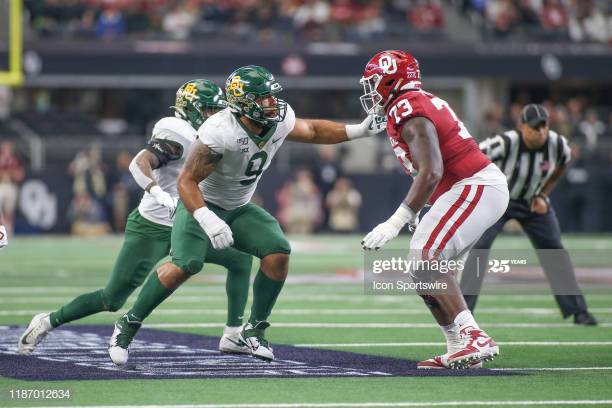 With the loss of Anthony Chickillo due to salary cap concerns, the Steelers knew that they needed to add some new faces to the outside linebacker room. While this was primarily achieved with the third-round selection of Alex Highsmith out of Charlotte in the third round of the 2020 NFL Draft, they also added another rookie pass rusher after the fact.

That would be James Lockhart, who spent five years in college, the final two with the Baylor Bears, including a redshirt season in the middle of his career in 2017. The 23-year-old stands at 6’2” and is listed by the Steelers as weighing 263 pounds, which fits the profile of the bigger-bodied edge defenders that the team tends to prioritize historically.

While he played in 29 games over his four active years with the team, it was not until his senior season in 2019 in which he became a significant contributor, posting six of his seven career sacks during that campaign. He also had nine tackles for loss and a forced fumble as a defensive end for the Bears.

His first two college seasons, in 2015 and 2016, came with Texas A&M, where he struggled to find a role, and he was limited to just eight games during that time. He would go on to play in 21 games for the Bears over the past two years.

Behind T.J. Watt and Bud Dupree, the Steelers return Olasunkanmi Adeniyi and Tuzar Skipper at outside linebacker, both of whom were undrafted free agents from Toledo over the past two seasons, neither of whom have been significant contributors yet. He will be competing with them for a roster spot, with Highsmith being a lock to make the team.