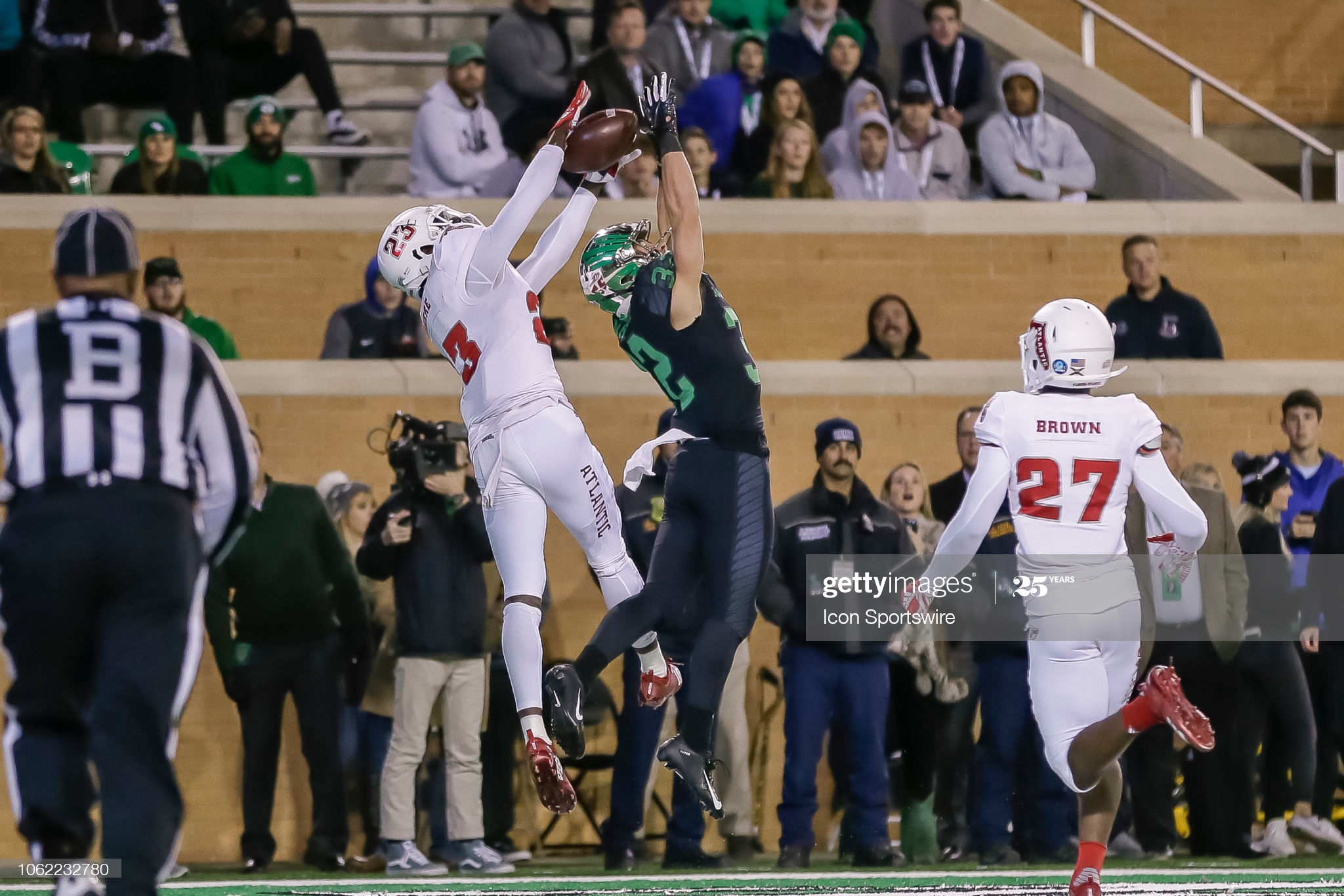 Next up on the list is a big rookie cornerback out of Florida Atlantic. The Owls are an FBS team, and James Pierre was a three-year multi-sport there, starting 22 games out of 39 for the football team, having played both cornerback (primarily) and safety (during his final season). He declared for the 2020 NFL Draft with a year of eligibility remaining, though he is already 23 years old.

While there, he compiled 119 total tackles, including eight and a half for a loss, the majority of which came during the 2019 season when he was playing safety. All three of his career interceptions also came during his final collegiate season. He had 15 total career passes defensed, with nine coming in his sophomore season in 2018. He also had one forced fumble.

At the Combine, Pierre measured at 6’2” and 185 pounds, running as a cornerback. He posted a 40-yard dash time of 4.59 seconds with a vertical jump of 33.5 inches. He has small hands for his size, with average arm length.

In other words, while he is tall, he is not a great athlete. That, combined with the fact that he played at a lower level of competition, helps to piece together the puzzle of why he was not drafted. Still, he does come to a team that has the potential for an opening.

The Steelers return five cornerbacks from last season, all of whom are virtual locks to make the team, but they can squeeze in a sixth, and there are only two or three locks at safety. If he can somehow really impress during training camp, it’s within the realm of possibility that he can make the team.