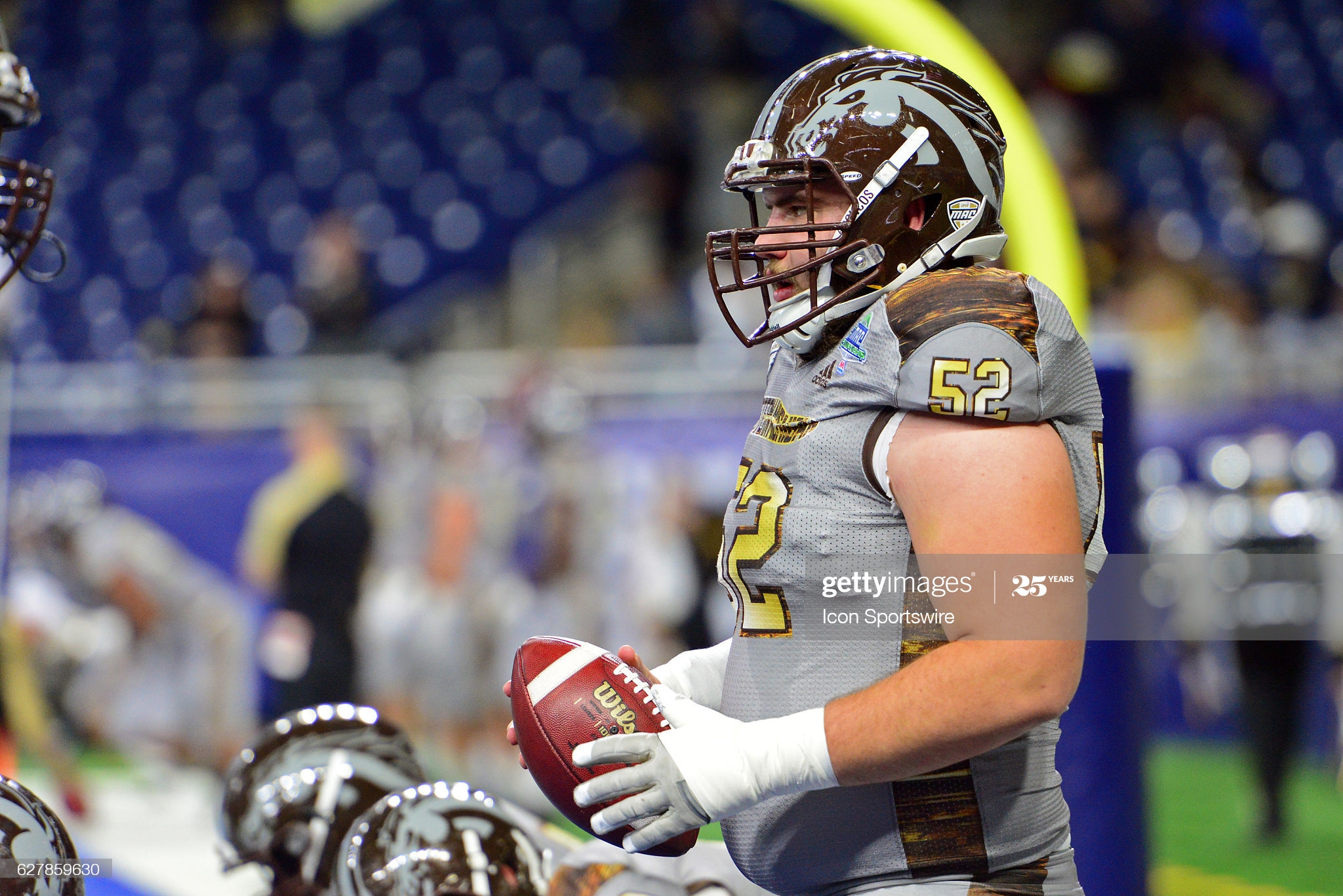 Perhaps the one area that the Steelers tried to emphasize most in reinforcing their roster prior to the start of the 2020 NFL Draft was the offensive line. After watching Ramon Foster retire and B.J. Finney leave in free agency, and losing Fred Johnson and Patrick Morris off waivers during the 2019 season, they had a lot of talent depletion.

So they signed a number of linemen from the XFL to bolster their depth at the position ahead of time—after which they also drafted one, in Kevin Dotson. But before they added Dotson, they signed to contracts Anthony Coyle, Jarron Jones, and today’s subject, center John Keenoy.

Keenoy was a former college teammate of third-year Steelers offensive tackle Chukwuma Okorafor, so there was some familiarity involved there. A Michigan native from Grand Rapids, he was not a major recruit, so it made sense for him to state in-state with Western Michigan, an organization that improved during his time there.

He declared a year after Okorafor did, who left college as a true junior. Keenoy went undrafted last year, signing as a college free agent with the Minnesota Vikings. There, he made it through the preseason, but failed to make the 53-man roster, actually returning to Western Michigan to volunteer as an assistant.

Afterward, he entered the XFL draft, and was selected by the Dallas Renegades, where he played with former Steelers cornerback Landry Jones, among others. He was moved into the starting lineup in Week Four—and after the following week, the coronavirus shut the season down.

That is coincidentally similar to J.C. Hassenauer, who moved into the starting lineup at center for the Birmingham Iron late in the 2019 season for the AAF, which folded after five games. Hassenauer is still here, so perhaps that’s a good sign for Keenoy, whom the Steelers signed on April 16.