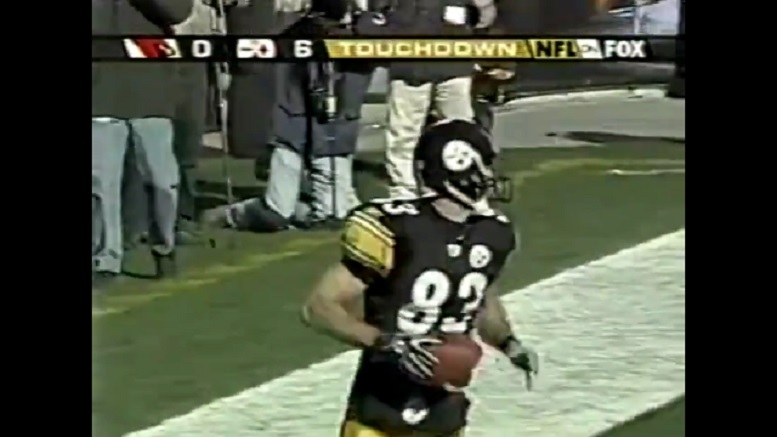 The continuation of this series happens on this Sunday with a look back at the last Steelers player who wore No. 83 before tight end Heath Miller wore it and made it famous.

In May of 2003, the Steelers signed free agent wide receiver Chris Doering to a one-year contract. Doering, who entered the NFL originally with the Jacksonville Jaguars after being selected by them in the sixth-round of the 1996 NFL Draft out of Florida, went on to become a member of the New York Jets and Indianapolis Colts during his rookie season. Doering played in just two games for Colts late in the 1997 season after spending time on their practice squad.

In 1998, Doering looked like he would make the Cincinnati Bengals roster after leading the team in receiving during the preseason. The Bengals, however, waived him just prior to the start of the season to make room for another wide receiver they claimed off waivers.

Doering played with the Denver Broncos in 1999 and caught three passes for 22 yards in the three games he played in. He ruptured his Achilles’ tendon in the Broncos 2000 season opener, however, and spent the remainder of that year on their injured reserve list.

Doering was out of the NFL for the 2001 season. In 2002, however, he was signed by the Washington Redskins and reunited with his college head coach Steve Spurrier. He caught 18 passes for 192 yards and two touchdowns that season. He was not re-signed by the Redskins in 2003 and ultimately landed with the Steelers.

As a member of the Steelers in 2003, Doering caught 18 passes for 240 yards and a touchdown. He also registered two special teams tackles that season. His lone touchdown reception that season came against the Arizona Cardinals at Heinz Field in Week 10 and you can see it in the video below.

“When I caught the touchdown against Arizona (on Nov. 9) and the fans were yelling, that’s the dream that makes you keep going,” Doering told Teresa Varley of steelers.com. “When you hear the voices inside saying maybe you should give it up, that’s the payoff for all the hours you spend in the weight room and practicing. To have that one moment makes all of the other struggles worthwhile.

“I am in a great place in my life. I am with one of the best organizations in the NFL. I have the chance to go out there and play and contribute. I am not just a part of the team, but out there making plays. That is a satisfying feeling for me. I really feel like even though I just turned 30 in May that my 30th year might be my best year.”

In 2006, Doering was signed by the Houston Texans in April but released by them at the end of May. His football playing career was over at that point. For his NFL career, Doering caught 42 passes for 476 yards and three touchdowns.

Doering is now a college football analyst for SEC Network. He originally joined ESPN in August 2015 as a studio analyst after previously contributing to SEC Network+ events and ESPN specials. He signed a multiyear contract extension with ESPN during the summer of 2018.