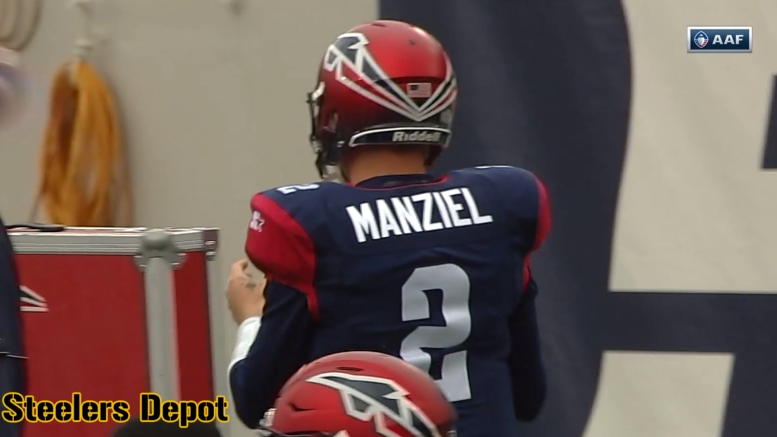 If there is one thing at which the Cleveland Browns have excelled since returning in a new incarnation of the franchise in 1999, it has been displaying routine incompetence at the quarterback position, from acquisition to development to retention. Baker Mayfield threatens to disturb that pattern, but we’ll always have the memories of failures past.

One particular favorite of many is, of course, Johnny Manziel, who brash young Heisman Trophy winner who came into the league with a ‘show me the money’ gesture as his signature celebration. He threw seven touchdowns in his career and torpedoed the Browns’ best chance at a winning season in over a decade.

That would have been the 2014 season. With five games left to play, Cleveland was actually tied for the division lead at 7-5. They promptly went on a five-game losing streak to close out the year 7-9. Manziel started Weeks 15 and 16 and lost both of them.

Now, years later, after numerous failed attempts to make himself relevant again—he barely managed to hang onto a backup job in the CFL, and just as he signed with an AAF team, the league folded—he has accepted that his future likely doesn’t include football.

“In the past, probably, is the way I’d characterize it”, he said in becoming “very, very content in being chill”. “I’ve finally got to a point where I’m trying to achieve happiness in life, not happiness on the football field”.

Of course, his happiness was not found on the football field since he was at Texas A&M, where his backyard style playing with Mike Evans could actually be successful. His two successors at the university have proven to be more talented and successful in the NFL.

“During that time when I got drafted, I didn’t put in the time that I needed to be a great player and I don’t think my heart was in it”, he now claims. The first part is easy to believe. The latter, not so much, depending on how you interpret it. I’m sure he generally thought he would be great, but didn’t realize it would actually take effort.

“And when you get to thinking that you’re too good or you’re better than the game, it’ll humble you. And that’s what happened. I got humbled”, he admitted.

Sucking can be a humbling experience. For his career, he went 2-6 as a starter. He completed 147 of 258 passes for 1675 yards with seven touchdowns and seven interceptions, with seven fumbles. He had 259 rushing yards and one touchdown.

His NFL career came to an end amid drug problems, which spurred his father to issues some harsh words of tough love. “He’s a druggie. It’s not a secret that he’s a druggie”, he said. “Hopefully, he doesn’t die before he comes to his senses. I mean, I hate to say it, but I hope he goes to jail. I mean, that would be the best place for him. I’m doing my job, and I’m going to move on. If I have to bury him, I’ll bury him”.

Now his football dreams are buried, but at least he isn’t.