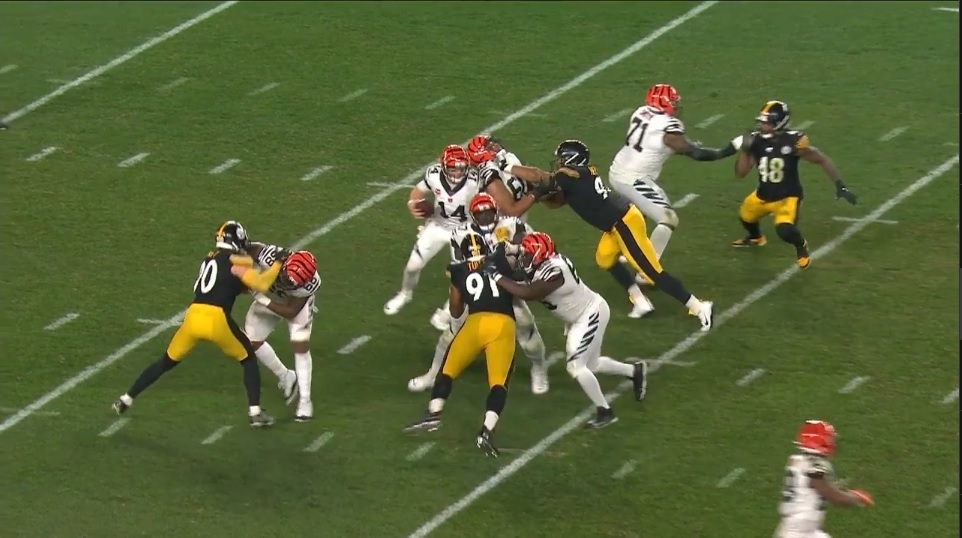 With the game on the line, there are few players better than Minkah Fitzpatrick or Cam Heyward. That’s what Pro Football Focus’ numbers tell us anyway. According to their 2019 datat, Fitzpatrick and Heyward ranked in the top five of highest grades in the fourth quarter/overtime. Here’s the list.

Only Aaron Donald graded out better than Fitzpatrick while Heyward came in fourth place behind those two and Patriots’ linebacker Kyle Van Noy.

According to Pro Football Reference’s data, Heyward racked up 26 total tackles, 3.5 sacks, and three pass deflections in the fourth quarter and overtime a year ago. Fitzpatrick saw success too. 16 tackles, four breakups, and an interception to seal a win over the Los Angeles Rams.

Donald, by the way, had a whopping eight fourth quarter sacks so yeah, no one was going to take the top spot from him.

They’re two of the best players on the Steelers’ defense so it’s no surprise to see them appear so high on this list. Pittsburgh enters 2020 with one of the league’s most talented defense and every expectation of finishing no worse than top five and potential to be the NFL’s #1 unit.

Earlier this offseason, Fitzpatrick was featured in an NFL Game Pass Film session. Heyward’s segment is set to be aired next month. By the way, if you’re keeping track, Heyward is only 3.5 sacks away from surpassing LaMarr Woodley to solely hold 5th place on the Steelers’ all-time sack list. He’ll need 5.5 to pass Keith Willis for fourth place and 6.5 for third place ahead of Joey Porter.