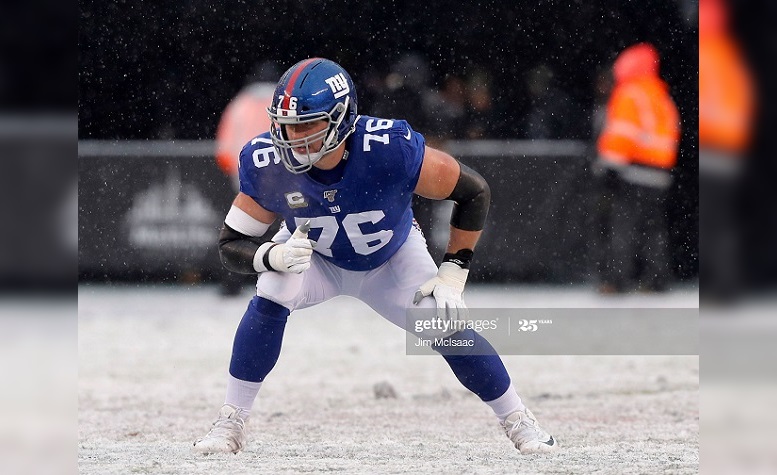 Several players around the NFL continue to opt out of the 2020 season for various reasons. On Wednesday, a notable starting tackle added his name to the growing list of 2020 opt out players as well.

New York Giants tackle Nate Solder announced on Twitter Wednesday that he’s decided to opt out of the 2020 season. He noted his son’s ongoing battle with cancer, as well as his own bout with cancer, as reasons for his decision to opt out this season. He also has a newborn son and stated his family’s health comes first before football.

Solder opting out for the 2020 season puts the Giants, who will open their 2020 season at home against the Pittsburgh Steelers, in a very precarious position. Solder has been the Giants starting left tackle since signing a four-year, $62 million contract with them in March of 2018.

The Giants selected two tackles in their first three picks of the 2020 NFL Draft in Andrew Thomas out of Georgia in the first round and Matt Peart out of Connecticut in the third round. It’s been speculated that Thomas would start the 2020 regular season as the Giants starting right tackle but with Solder deciding to opt out, the rookie out of Georgia might need to flip sides. Solder opting out could also lead to Peart possibly being the Giants Week 1 starting right tackle as well. The Giants also have Cameron Fleming under contract now after signing him during the offseason.

Regardless of who plays at what tackle spot for the Giants in Week 1, the Steelers outside linebacker duo of T.J. Watt and Bud Dupree should have tasty matchups in that Monday night contest at MetLife Stadium in New Jersey. The Giants have a relatively young and inexperienced team entering the 2020 season along with a brand-new coaching staff.