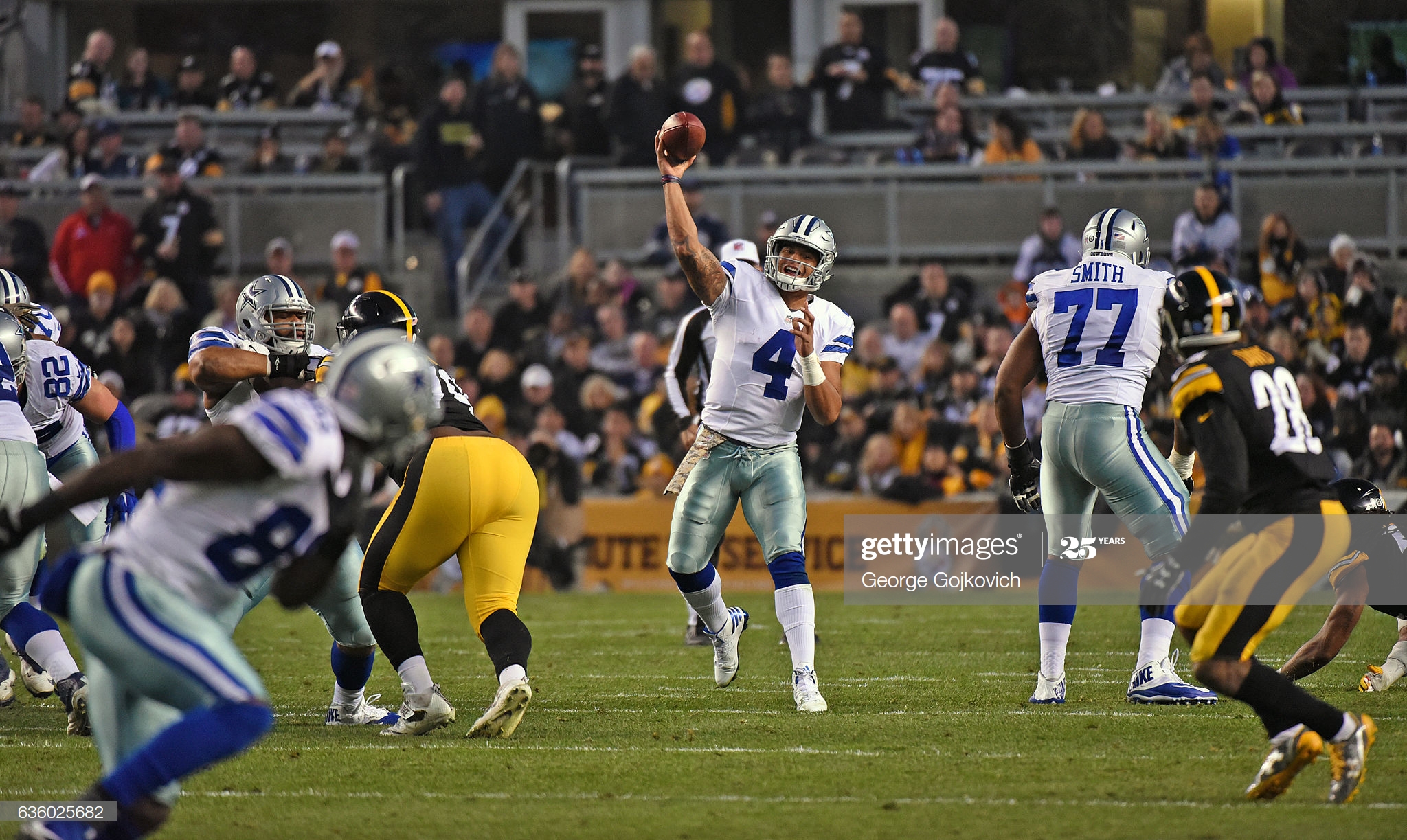 The Dallas Cowboys and quarterback Dak Prescott have a handful of hours remaining to work out a long-term contract for the 2020 season. Otherwise, like most who have been tagged, he will have to play under the franchise tag this season.

High-profile quarterbacks don’t frequently play under the franchise tag. It’s a position where, if you have ‘the guy’, you pay him almost anything that you have to do. The most notable player at the position to play under the franchise tag recently has been Kirk Cousins, who did it for two years and then signed a three-year, fully-guaranteed deal with the Minnesota Vikings.

So what happens if Prescott plays under two franchise tags over the next two years and the Cowboys never find an agreement? What happens after that? He will almost inevitably be moving on at that point. But to where?

In the admittedly unlikely event that that happens, Zach Gelb of CBS Sports Radio has an idea…and since we’re writing about it, and it’s already in the headline, you already know what that idea is. Here is his explanation, under a scenario in which Prescott plays the next two years under the franchise tag and is a free agent in 2022:

One of the teams that I thought of right away were the Pittsburgh Steelers. Think about it. Ben’s gonna play this year. Ben may play the year after that. And then, Ben may be retiring and getting ready to get his gold jacket fitted for the Pro Football Hall of Fame. Can you imagine if you’re the Pittsburgh Steelers going from Big Ben Roethlisberger, and instead of having to go with a Mason Rudolph or a Duck Hodges, you get to bring in Dak Prescott, who still has something to prove. Dak still needs to show me, even though he’s had a successful career through the first four years of his career being a fourth-round draft pick, taking that team to the playoffs twice, he’s a good player. He needs to now show me that he could be a great player. If you’re Pittsburgh, though, and this situation goes so south with the Dallas Cowboys and Dak, and Dak eventually wants to walk away, Dak could be a very attractive option for you in trying to replace Ben.

Let’s say Prescott does play the next two years under the tag. Let’s say Roethlisberger does retire after his contract is up. That would mean, almost certainly, that Prescott will be on the market at the same time that the Steelers are looking for a new franchise quarterback. Unless they draft a quarterback in the first round in 2021. How plausible is it that these two could unite?

On the surface, I want to say it’s very unlikely, because Prescott would be looking for a contract the likes of which the Steelers don’t like to pay, specifically in terms of structure. But the quarterback position is always the exception. Roethlisberger’s contracts have had plenty of full and rolling guarantees in them.

But this is just fanciful chatter that isn’t going anywhere, at least not any time soon. It’s possible that not long after I write this, Prescott signs a long-term deal with the Cowboys and renders it moot anyway.

.@ZachGelb looks at the #Steelers and #Saints as two options if #Cowboys QB Dak Prescott wants out of Dallas down the road. pic.twitter.com/x9jyK4yJr5