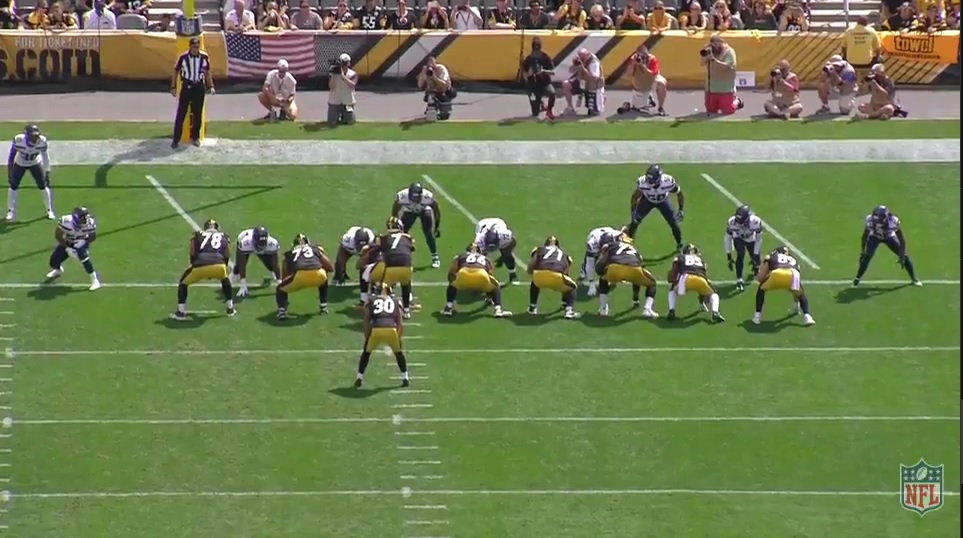 We’ll begin this series with a very basic ones. Personnel grouping numbering and what they mean.

You’ll hear us use terms like “11 personnel” or “21 personnel” when describing the Steelers’ offense. So what does it mean? Those two-digit numbers tell you the number of backs (running backs and fullbacks) and tight ends on the field. The first number tells you the backs, the second the tight ends.

Here’s an example of 11 personnel. 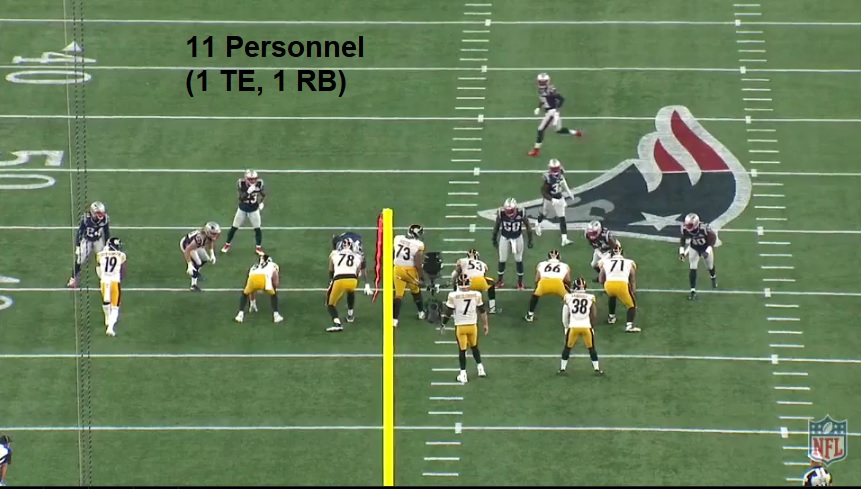 21 personnel would be two backs (usually one running back, one fullback) on the field with one tight end. Which means there’s two wide receivers on the field. An example from 2019. 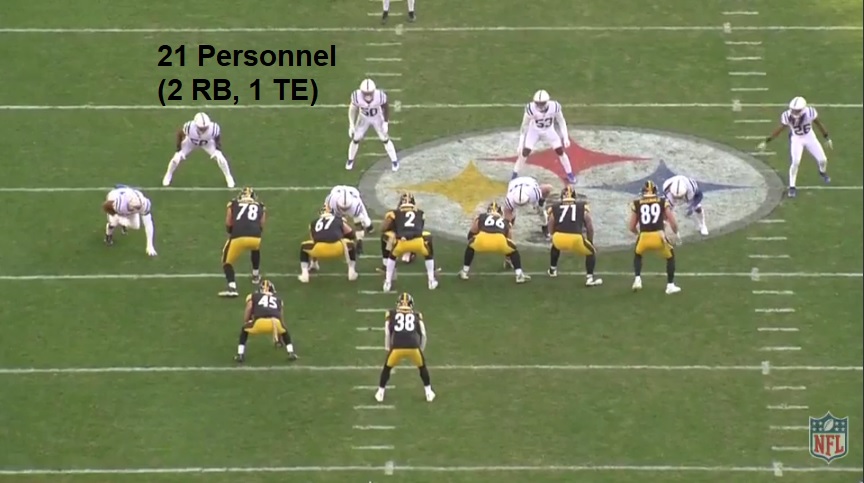 Here’s 23 personnel. A goal line package with two backs, three tight ends, which means there’s no receivers on the field. 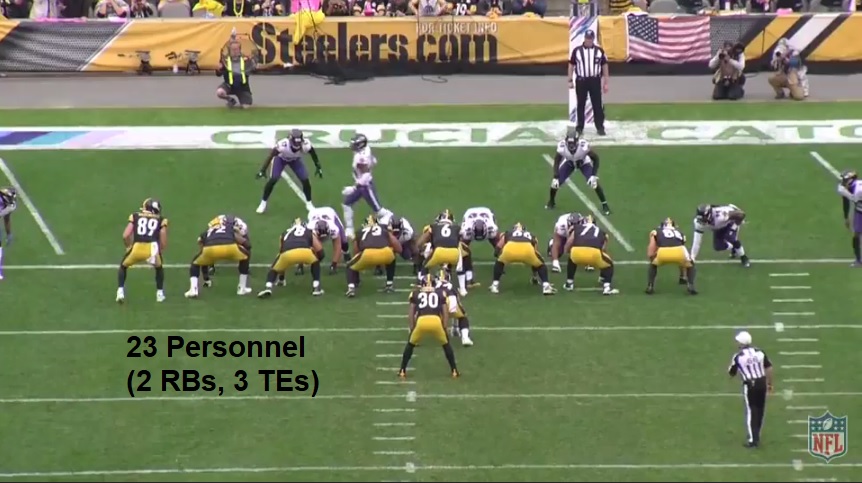 You can also have zeros in these numberings. 10 personnel means one running back, zero tight ends, which means there are four receivers on the field. 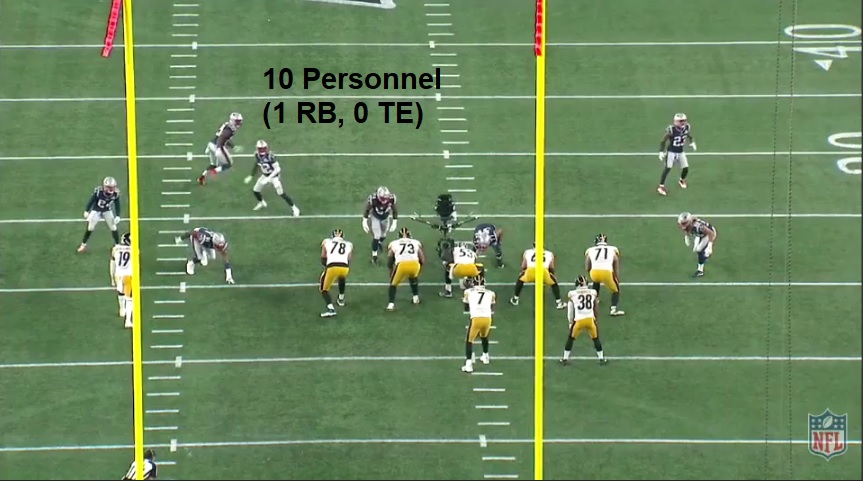 Quickly identifying offensive personnel tells the defense what package they need to employ. If they see the offense trotting out 11 personnel, three receivers, defenses most often respond with their sub-package nickel defense. If an offense comes out heavy with 12 personnel (one back, two tight ends), the defense is probably going to use their base defense. That allows the defense to gets its personnel on the field right away, giving them time to get their playcall in and eliminate confusion by rotating players on/off the field too late.