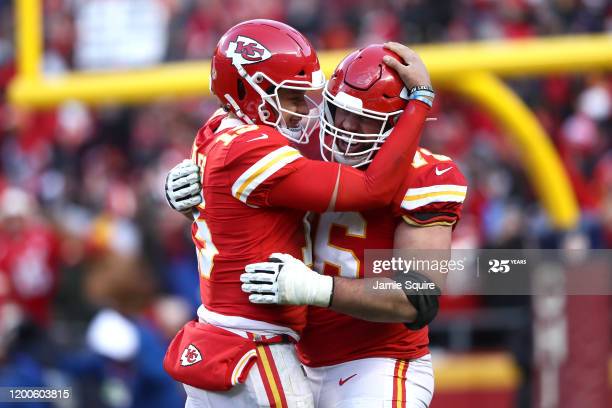 Kansas City guard Laurent Duvernay-Tardif is unlikely to be the last but he is the first NFL player to opt out of the 2020 season. Announcing the decision on Twitter Friday evening, Tardif cited concern over spreading the virus as the reason why he’ll sit out the year.

My decision regarding the 2020 NFL season pic.twitter.com/jrY3nZfNWO

“I cannot allow myself to potentially transmit the virus in our communities simply to play the sport that I love,” he said in a statement.

A doctor, Tardif says he will continue to work as an orderly at a long-term care facility. His work in the medical field no doubt offered a unique perspective into the virus and his decision to skip the year.

A 6th round pick of the Chiefs in 2014, he’s started 57 career games for the Chiefs, including 14 last season and the team’s Super Bowl win over the 49ers. It’s an obvious loss for their offensive line.

Per the agreement reached by the NFL and NFLPA, LDT will receive a $150,000 stipend, an advance that comes from his 2021 base salary. Players who are considered high-risk, usually an underlying medical condition, will be eligible for a $350,000 stipend and an accrued season. In both cases, a player’s contract will toll.

It’s unlikely he will be the only player to opt out of the season. A handful of players from all the major sports have sat out over concerns of contracting or spreading the virus.

Two Steelers contracted the virus earlier in the offseason, according to Mike Tomlin in late June. Other players like Cam Heyward, who has asthma, are considered higher risk and have openly talked about the risks of playing in 2020.

Players have until August 1st to decide if they will opt out.