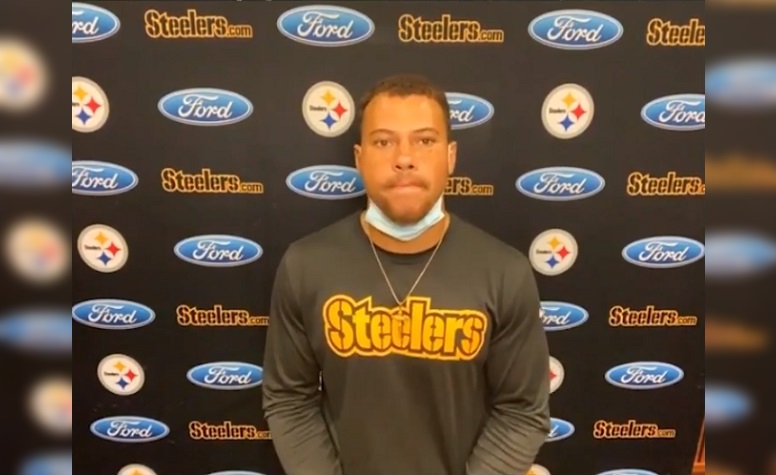 Depending upon how you look at it, the Pittsburgh Steelers did use their 2020 first-round pick to acquire a defensive player, something that they have done for every first-round pick they have possessed since 2013. But they used that pick to trade for Minkah Fitzpatrick last year.

During this past April’s draft, in fact, they did not select a rookie on the defensive side of the ball until the compensatory portion of the third round, adding outside linebacker Alex Highsmith out of Charlotte, who comes in behind veteran starters T.J. Watt and Bud Dupree.

While he is a virtual lock to make the team, he will have to compete for a helmet with Olasunkanmi Adeniyi and Tuzar Skipper, a pair of former undrafted free agents who have managed to make the team in the past two seasons, even if their contributions up to now have not been significant. With the release of Anthony Chickillo earlier this year, however, there is a position open for the top reserve.

Even though he is a rookie, Highsmith will be looking to claim that spot over the two more experienced players out of the MAC, while he is coming over from a smaller school, and amid an unconventional offseason in which he has been unable to participate in a team-sanctioned on-field practice to date.

Should he get on the field, he told reporters, he does have a preference about where he would line up. “In college last year, I rushed from the right side, so I feel a little more comfortable from that side”, he said, even though he had some experience coming off of both ends.

“I have different moves for different sides”, the rookie added, “so, whatever position they put me in, like I said, I’m going to go out there and just be the best that I can be and do whatever I can to not only get to the quarterback, but to stop the run and be a true three-down outside ‘backer. Being great in all facets in the game”.

Coming out of college, Highsmith was profiled as a player who may have to bulk up some and gain strength to play stout defense against the run. Without a proper offseason training program, largely left on his own, it’s reasonable to wonder how much work there is left to do.

While Watt’s long-term future with the Steelers is already presumed as assured, the reality is that Dupree is playing out the 2020 season under the franchise tag, and it’s exceedingly unlikely that he will not hit the open market. In other words, the team will be in the market for a new starting rush end. Highsmith is trying to put himself in that conversation with the work he puts in this year.