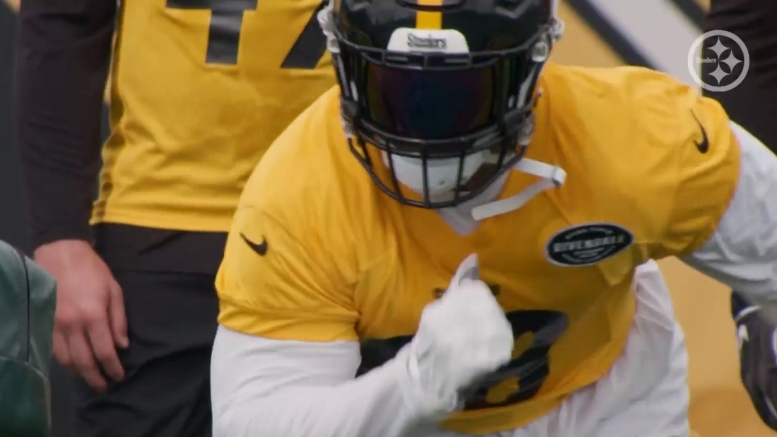 Reasoning: Vince Williams is about as experienced as they come on this defense and in this system. The depth behind him is young. The limitations of the offseason will only serve to strengthen his grip on ensured playing time and a starting role in 2020.

A sixth-round draft pick in 2013, Williams has been in Pittsburgh longer than anybody on the defensive side of the ball other than Cameron Heyward. A couple of other players—Joe Haden and Tyson Alualu—have more NFL experience, but the linebacker has been in this defense for four more years than either of them.

Last season, when the Steelers signed Mark Barron in free agency, it resulted in Williams losing his starting job, though he still got a good chunk of playing time. With Barron being released early in the offseason, that immediately put him back in the position to start, where he should be expected to see 70-plus percent of the snaps.

That is in part because the depth behind him has zero defensive snaps. That’s Ulysees Gilbert III, a 2019 sixth-round pick, and Robert Spillane, a former undrafted free agent. Neither of them have had more than eight games on the 53-man roster.

There is a lot of enthusiasm about Gilbert’s potential, thanks to his athleticism, but all the athleticism in the world won’t do you any good if you don’t have the experience to be able to apply it, so we shouldn’t be penciling him in for any kind of meaningful playing time. It’s worth remember that he spent half of his rookie season on injured reserve recovering from a back injury, an injury that robbed him of much of this offseason as well.

And Spillane? At best, he’s Tyler Matakevich 2.0. The Steelers are certainly not going to sub out Williams to play Spillane under any circumstance short of mere fatigue. That is especially so given how limited their offseason has been and will continue to be in terms of on-field participation.