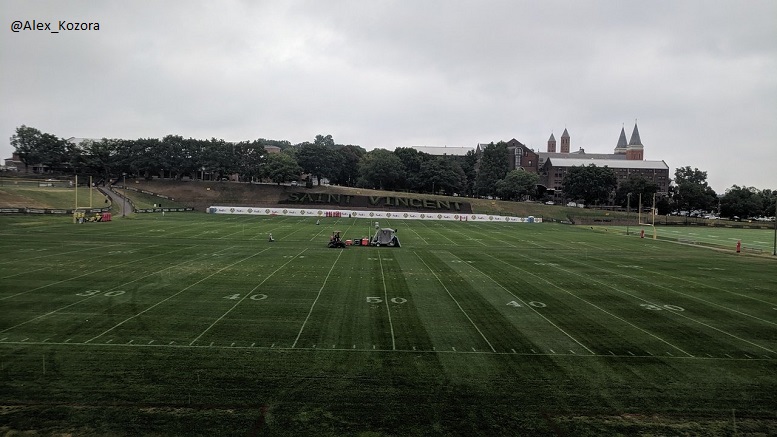 Question: What kind of limitations might be put in place for training camp?

The NFL and NFLPA are engaged in discussions right now to iron out the details about what the next several months are going to look like. In less than two weeks’ time, teams are supposed to be at their facilities opening up training camp, so time is of the essence.

It’s already been widely reported that the league is expected to cut the preseason in half, though no official announcement has been made yet. There have also been reports about potential alterations to how training camp is conducted. I’m sure many ideas have come up in talks.

Hopefully we will know the details by next week, and then we won’t have to speculate, but until we know something, that’s all we have. Of course, we won’t be able to watch training camp this year. it’s not an absolute certainty that outside media will even be able to attend.

But how to you get players ready for an NFL season while limiting contact? What exactly can the league do in this regard that won’t severely impact a player’s ability to prepare himself for the year, or for a fringe player to have a chance to catch the coaches’ eye?

Will team drills be limited, for example? Perhaps a greater emphasis on individual drills, and working on fundamentals? It’s frankly hard for me to even speculate. What are you ideas about what the two parties may be considering?