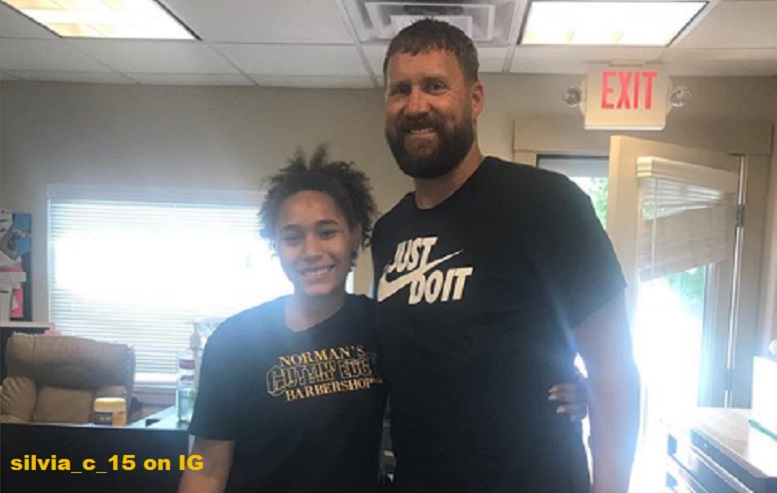 Pittsburgh Steelers quarterback Be Roethlisberger was apparently back at Norman’s Cut N Edge Barbershop this week and he looks great. Roethlisberger paused to take a picture with Silvia Carrasco- Almanzar, who apparently works at the barber shop, and she posted it on Instagram on Tuesday.

Roethlisberger, who is still sporting a trimmed beard in the latest picture, looks trim physique-wise as well. It’s hard to know for sure, but Roethlisberger could have been back in that area doing an on-the-field session with several of his offensive teammates at a local high school football field.

There was plenty of excitement about Roethlisberger’s last trip to the same barbershop and it even made national news. Roethlisberger got his full beard trimmed several weeks ago at Norman’s after throwing his first NFL-caliber pass since injuring his elbow last season. The fact that the Steelers quarterback got a cut and a trim from the establishment despite it being closed due to the COVID pandemic created a bit of a controversy. Even Pennsylvania governor Tom Wolf was asked about Roethlisberger attending Norman’s Cut N Edge in Sewickley several weeks ago during one of his press conferences.

“My concern is a general concern,” Wolf said. “Anyone who puts himself or herself in harms way is something that we ought to try and avoid. When you go to something like a barber shop, I don’t care who you are. The chances of that virus wreaking havoc on your life increases. I don’t think any Pennsylvanian should take that chance.”

The only news that Roethlisberger’s latest visit to the barber shop should make is that he looks fantastic with the Steelers set to report to training camp a little more than a month from now. Dating back to last winter as he stood on the Steelers sidelines during games post elbow surgery, several mocked Roethlisberger as being overweight. I doubt the Pennsylvania governor will comment on how good Roethlisberger looks the next time he talks to the media.