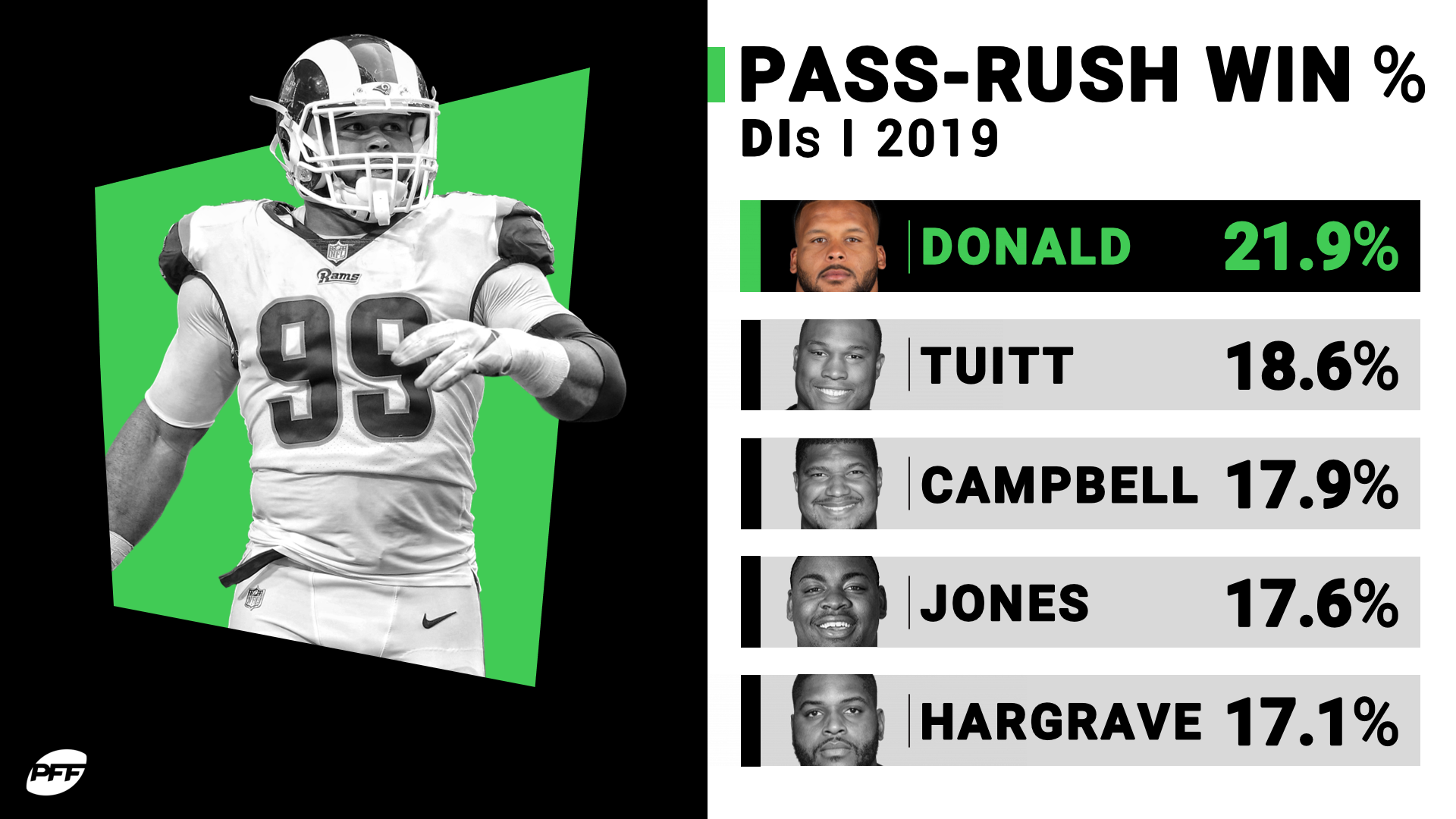 Losing Javon Hargrave was certainly nothing to sneeze at, but it’s obvious that the Pittsburgh Steelers were not going to touch a $13 million-per-year contract for a nose tackle in their 3-4 system. Nobody outside of the quarterback position on a multi-year deal is making that kind of money on the team right now.

But Stephon Tuitt is the closest, with the $12 million per year deal that he signed in 2017. And his return is an even more significant development from last season than is the loss of Hargrave. In case you forgot what the Steelers were missing without him for the majority of last season, Pro Football Focus reminded us with a graph yesterday.

According to their data, Tuitt recorded the second-highest win rate as a pass rusher among interior defensive players in the NFL, recording a win against his opponent 18.6 percent of the time. The only one with a higher win rate was Aaron Donald. Hargrave, notably, was fifth at 17.1 percent (Donald was at 21.9 percent). Calais Campbell, now with the Ravens, was third at 17.9 percent.

Of course, Tuitt’s relatively limited sample size should be factored in here. He was injured early in the Steelers’ sixth game of the season, so he only played about one third of the snaps that he should have. While he was off to the best start of his career, already with three and a half sacks up to that point, the odds suggest that he would have leveled off some.

Whether he wins 18.6 percent of the time or 16.8 percent of the time, though, the point is that he is a really good and very talented defensive lineman, and if the Steelers can actually keep him both on the field and healthy at the same time, he is really going to be a force for the defense all year in 2020.

He was on a Pro Bowl trajectory through five games last year. He has always had the talent to perform at that level. Over the past two years, he has really cleaned up a lot of inconsistencies in his game, finishing a lot more plays that he helps create. Now it’s just a matter of staying on the field.

And it’s worth remembering that Tuitt is still just 27 years old, having been born in May of 1993. He will be playing his seventh season in 2020 at 27 years old, so he still has plenty of football in front of him. This is right around the time—also coming off a season-ending injury—that Cameron Heyward took his game to the next level and became one of the very best defensive linemen in all of football.