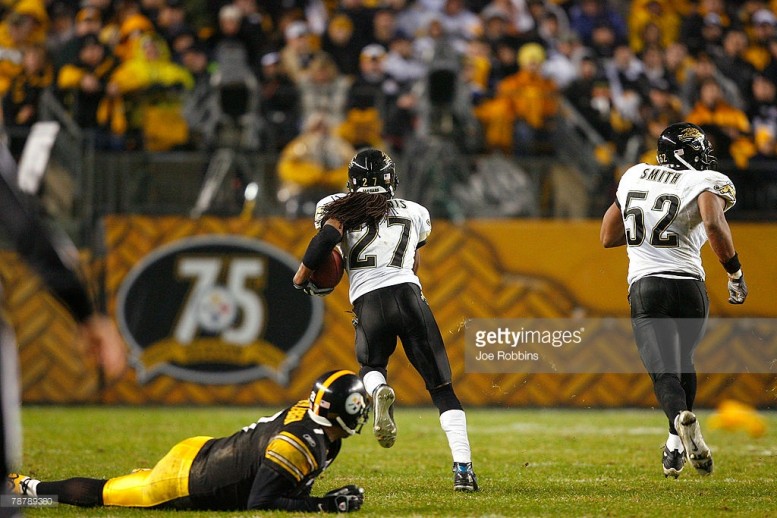 The Pittsburgh Steelers have been one of the NFL’s most successful franchises over the last 50 years. No team has won more games than the Steelers since 1970 and along with the New England Patriots, no team has won more Super Bowls than the Steelers. Even with this multitude of success, even Super Man has his kryptonite and the Pittsburgh franchise has also come across some players that have just had their number throughout the years. This series will look at the Steelers’ biggest forms of kryptonite. These are players who have just had the team’s number time and time again.

Let’s start off with a cornerback who was a major thorn in the Steelers’ side throughout the early 2000s in Rashean Mathis.

Mathis’ reign of terror began a decade and a half ago on October 16 2005. The Steelers, led by Tommy Maddox due to an injury to Ben Roethlisberger were deadlocked in a 17-17 ballgame with the Jacksonville Jaguars. Maddox looked to drive the Steelers down the field to end the game. The veteran quarterback was successful in ending the game, just not in the Steelers’ favor as Maddox threw a pass into a tight window and Mathis intercepted it, taking it all the way to the house and ending the ball game.

Unfortunately for the Steelers, this would not be the last time that Mathis would haunt them as the then third year cornerback had many more interceptions and pick sixes to come.

If it feels like the former Jaguars’ cornerback intercepted a pass from a Steelers’ quarterback every time they met, it is because he nearly did. In eight career games against the Steelers (both regular season and postseason), Mathis registered six interceptions and three pick sixes. What makes this even more astonishing is that three of Mathis’ five career pick sixes came against the Pittsburgh franchise.

If you thought the terror that goes by the name of Rashean Mathis was done yet, you would sadly be wrong. The 13-year pro who last played in 2015 had one more interception and pick six in store for Roethlisberger. This one came in 2008 when Mathis took yet another Roethlisberger pass the distance for a Jaguars’ touchdown. Luckily, that would be the sixth and final interception he would record against the Steelers’ franchise.

Mathis would go on to play the Steelers just two more times after that, both as a member of the Jaguars and the Detroit Lions. Thankfully for the sake of Pittsburgh’s mental state, he would not record an interception in either of those two games. Mathis’ reign of terror was a nightmare for Pittsburgh and he was a form of kryptonite for the Steelers’ offense for the better portion of four seasons. No matter when or where a game between these two franchises occurred, you could almost certainly bet for at least one big play from Mathis.