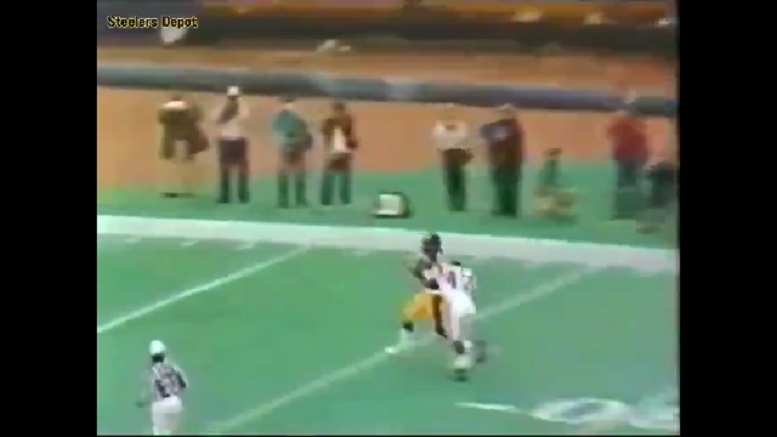 This series now continues with the Steelers longest offensive play of the 1983 regular season, which came in Week 12 of the season against the Minnesota Vikings and at Three Rivers Stadium in Pittsburgh on November 20. The play, a 52-yard pass completion from quarterback Cliff Stoudt to wide receiver/running back Greg Hawthorne, came on a first-and-10 play in the fourth quarter and with the Steelers trailing the Vikings 17-7.

On the play, Hawthorne, who was lined up out wide to the right ahead of the snap of the football, was able to break free from Vikings cornerback John Swain on what may have been a double move. After a pump-fake by Stoudt, the quarterback threw a strike to Hawthorne at the Vikings 25-yard-line. The pass traveled roughly 51 yards in the air and Hawthorne was ultimately tackled by Vikings safety Joey Browner at the Minnesota 19-yard-line.

After the long completion to Hawthorne, the Steelers offense finally scored a touchdown six plays later as Stoudt scrambled four yards into the end zone on a third-and-goal play. That touchdown and ensuing extra-point put the Steelers down 17-14, which ultimately was the final score.

In addition to that long reception, Hawthorne also carried the football twice against the Vikings for 11 yards. As for Stoudt, who had been the Steelers starting quarterback all season due to Terry Bradshaw being sidelined with an elbow injury, he finished that loss to the Vikings having completed just 13 of his 30 total pass attempts for 168 yards and a touchdown to tight end Bennie Cunningham.

That 52-yard reception by Hawthorne was ultimately the longest play of his NFL career. His longest NFL run was just 20 yards and that also came during the 1983 season.

Below is a video of Stoudt’s pass to Hawthorne against the Vikings.