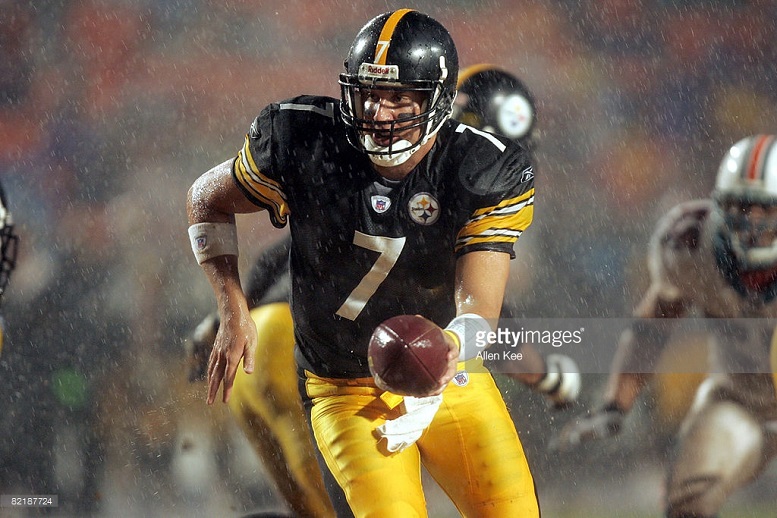 At least since the NFL-AFL merger, the Pittsburgh Steelers have about as decorated a history as any other franchise in the NFL. As such, there are plenty of special and rare accomplishments that we have seen within that history. They became the first team to win three, four, and six Super Bowls, for example. They were the first sixth seed to ever win the Super Bowl, as well.

According to NFL Network, their improvement from 2003 to 2004 also counts as one of the greatest single-season turnarounds in NFL history. In a recent video counting down the top 25 such seasons, Pittsburgh’s 15-1 2004 season ranked number five all time.

From 6-10 to 16-1, the Steelers’ near-undefeated journey in 2004 was highlighted by rookie quarterback Ben Roethlisberger. Big Ben went 13-0 as a starter in the regular season, ending the Patriots’ record 21-game win streak. Pittsburgh also sported the number two rushing offense in the league, led by Jerome Bettis and Duce Staley. Perhaps more importantly, defensive coordinator Dick LeBeau returned to the Steel City and saw instant results. The Steelers went from 15th to 1st in scoring defense on the way to their only 15-win regular season in franchise history.

Admittedly, I was confused about the terminology at first, so I thought perhaps you might have been. As soon as I saw the video in the Steelers’ page on the league’s website, I figured that the 2005 season, when they had a late-season turnaround and won the Super Bowl, would be on the list. That, to me, is a ‘single-season turnaround’, or a turnaround that occurs in a single season, rather than from one season to the next.

But regardless, that’s not the point. the 2004 season really was quite remarkable, and the 2003 season was an essential part of that, because their going 6-10 that year allowed them to be in the position to draft Roethlisberger, who had a great rookie season as a field general-type quarterback, allowing the running game and defense to support him as needed. He rarely got in his own way.

Unfortunately, Pittsburgh ran into a Spygate-era Patriots team in the AFC Championship game that year, a game in which, to this day, many Steelers still contend New England was calling out its offensive plays—because they’d seen them on filmed practice tape.