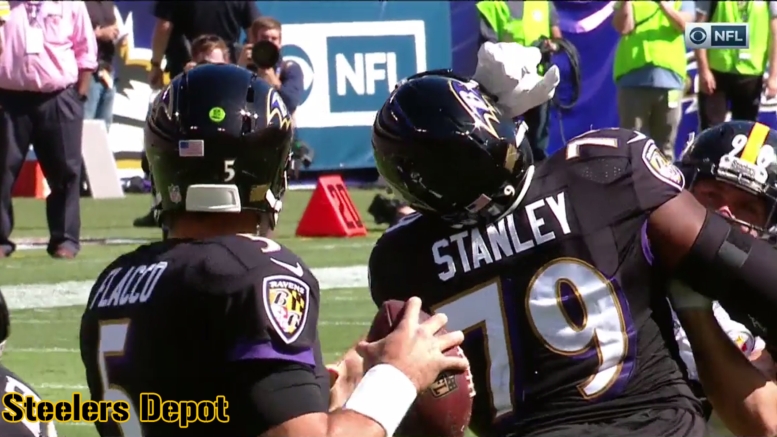 Ronnie Stanley was the sixth-overall pick in the 2016 NFL Draft. Pretty much since his rookie season, he’s played like that. Now as he heads into his fifth season, he’s ready to follow in the footsteps of his fellow draft classmate, Laremy Tunsil, in getting paid, bigtime.

Stanley was a Pro Bowler and All-Pro player last season for the Baltimore Ravens, and has become one of the best young offensive linemen in football, having turned 26 years old in March. There’s pretty much no way that the Ravens don’t throw a ton of money at him, especially with his importance in the run game and in protecting Lamar Jackson.

Earlier this year, the Houston Texans, who acquired Tunsil in trade from the Miami Dolphins, gave him a three-year contract extension worth $66 million in new money, which my advanced basic math skills tell me works out to an average of $22 million per season. His four-year total including 2020 is over $76 million, and includes $40 million guaranteed in the new-money portion.

Stanley is going to get a bunch of money, too. Make no mistake. He wants and expects to. He said so. “I definitely want to get paid my value and what I feel I’m worth”, he told reporters last week. “That part of it is important. But, at the end of the day, I don’t think money is the most important thing to me”.

Maybe not, but you’re still not going to settle for less, are you? Stanley has his fifth-year option to play under. I’m willing to bet he plays under it if the Ravens for some reason try to low-ball him, allowing him to force their hand in either tagging him next year or hitting the open market.

That’s not likely to happen, though. He is expected to become the highest-paid offensive lineman in NFL history later this offseason, whether or not money is the money important thing to him. Make no mistake, he saw what Tunsil got.

“I felt in my heart of hearts this position is one of the top two, three hardest on the field”, he said of playing the blindside tackle spot. “For [Tunsil] to get respect like that with how much he got paid made me feel very happy for him, because he deserved it”.

And because he knows he’s the next in line. With all that being said, they have time to get a deal done. Even he said there’s “no rush” to get the deal done.