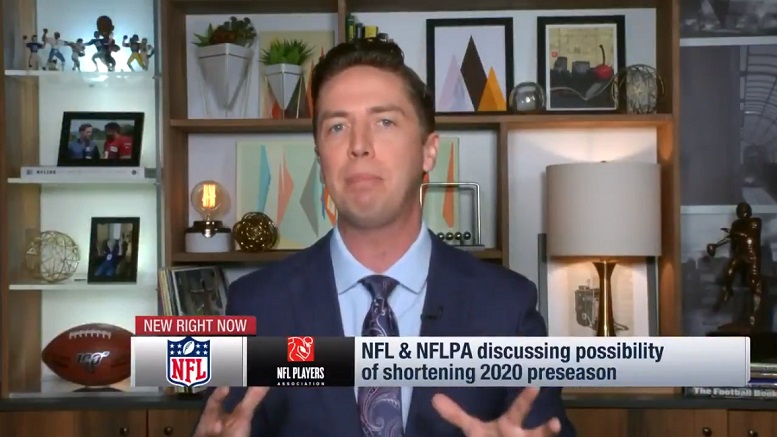 On Tuesday there was a report that the Pro Football Hall of Fame game between the Pittsburgh Steelers and Dallas Cowboys remains scheduled and that if ultimately played, it could include fans being in attendance. On Wednesday, however, a different report now makes it seem like a foregone conclusion that the Hall of Fame game won’t take place this year and thus will likely be cancelled within the next three weeks.

According to Tom Pelissero of the NFL Network on Wednesday, the NFL and NFLPA are currently discussing the possibility of shortening the 2020 preseason. Pelissero goes on to say that the reasoning behind a shortened preseason would be to allow more COVID-19 safety protocols to be instituted and for there to be more preparation time for players leading into the regular season.

Shortening the preseason would allow for a longer “ramp-up” period, regardless of whether players agree to report a week or two early, and provide extra time for medical experts to finalize game-day protocols for testing, etc. More at the top of the hour on @nflnetwork

More on discussions between the NFL and NFLPA about potentially shortening the 2020 preseason @nflnetwork pic.twitter.com/Cy51xrHh7O

While nothing has been finalized or is imminent when it comes to 2020 preseason games, Pelissero reported Wednesday that multiple team executives informed of talks currently believe they could end up playing just two preseason games this year, rather than four.

Should the 2020 preseason ultimately be cut in half, count on the still scheduled Hall of Fame Game between the Steelers and Cowboys to cancelled and especially if it’s not going to be played on Aug. 6.

There’s also another report on Wednesday from Adam Schefter of ESPN that could easily lead one to believe that this year’s Hall of Fame Game in Canton, OH will ultimately be cancelled in the near future.

According to Schefter on Wednesday, the NFL and NFLPA are still engaged in discussions that could wind up changing the rules about training camp, delaying the start, eliminating some preseason games and gradually trying to build up the players’ workloads in a safe and orderly manner.

In Schefter’s recently updated Wednesday report, he indicates that the Steelers and Cowboys are currently still set to play in the Hall of Fame preseason opener Aug. 6 and that plans are for both teams to open their training camps on July 22, 15 days before that game.

Should the Hall of Fame Game ultimately be cancelled in the next three weeks, it’s reasonable to believe that the Steelers and Cowboys will both move back their respective training camp start dates to the league’s uniformed July 28 start date.

The Steelers five preseason games this year are against the Cowboys, Tampa Bay Buccaneers, New Orleans Saints, New York Jets and Carolina Panthers with the latter two currently scheduled to be road games.